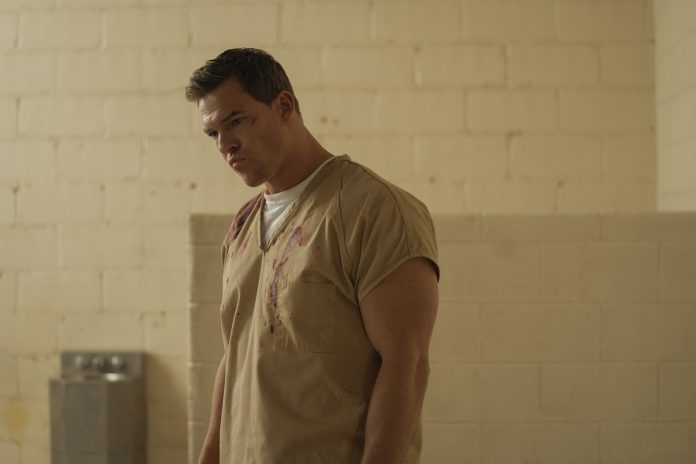 I had the chance to check out Prime Video’s new series, Reacher, ahead of it’s debut and it’s a show that both fans and newcomers will enjoy.

To be entirely honest from the outset, I can’t say the Reacher series was very much on my radar. For one, these stories aren’t exactly my thing, though I enjoy Lee Child’s novels; having read them mostly because of my Father. While I generally enjoyed the Jack Reacher movies, I wasn’t exactly pining for more, or really watched them much since their initial releases.

Then I saw the show’s first trailer, which managed to completely hook me. Thankfully, Amazon gave me the chance to check out the eight-episode series debuting in just a few days and I was shocked by how much I enjoyed it. Seriously, I devoured those eight episodes (all about an hour long) in just a couple days and came away wanting even more.

With all episodes dropping on the same day (February 4th), my review here will be a general overview of the full season’s story. Don’t worry, though, I won’t be dropping any spoilers in this review.

Reacher pulls its story from Lee Child’s first novel in the series (which currently sits at 26 novels), Killing Floor. Obviously a few things have been updated from the original story which was published back in 1997, but on the whole it’s a VERY faithful adaptation that fans will enjoy. As a starting point, it’s excellent for newcomers as well, giving insight to Reacher’s abilities as the story unfolds.

Retired from the Army after years as a Military Police officer, Jack Reacher lives a nomadic life. He travels the country, working odd jobs, with the clothes on his back and contents of his pockets being, quite literally, the only possessions he has. When he steps off the bus in Margrave, Georgia (having remembered the blues musician “Blind Snake” passed away there), he’s almost immediately arrested for murder.

Reacher finds himself locked up in the small town, waiting on his alibi to check out. When the phone number found on the dead man’s body comes back to young banker named Hubble (actor), who immediately confesses to the crime…Though it’s very obvious he had nothing to do with it.

Things only continue to get stranger, as one dead body leads to another, and another. Even as Reacher finds himself clear of the bogus charges, he’s compelled to stay and see the case solved. With the help of Oscar Finley (Malcolm Goodwin), Margrave’s Chief Detective who’s still considered an out-of-towner, and Roscoe Conklin (Willa Fitzgerald) a young officer with deep roots within the town, Reacher uncovers a plot that goes well beyond the boundaries of the small town.

Combating corruption, sadistic killers, and having no idea who to trust, Reacher must call on all his (impressive) skills, and some old friends in order to solve the mystery…and survive. Being a mystery that starts small and expands beyond our country’s borders, that’s about as much story info as I’m able to give without spoiling a bunch of stuff.

Reacher goes with the serialized storytelling approach, and doesn’t play out as a crime procedural (which it easily could have tried to be). Each episode brings new details on the larger mystery, while still throwing new challenges and characters for everyone to deal with. As new revelations came to light, it makes you feel a part of the crime-solving process, and you become as desperate for answers as the characters themselves.

That said, I was really impressed with how well each episode stands on its own. While the connecting mystery is integral to the overall story, each episode brings its own set of problems and things to deal with. Hell, each episode even has their own unique action sequence/set piece.

The result is a show in which each episode feels satisfying in its own way, while contributing to the larger narrative in significant ways. Obviously it’s far from the first show to do things this way, but I’m impressed with how WELL its done with Reacher.

The pacing is spot on, giving you just enough details at just the right time to keep you invested. The character moments are integrated perfectly into the larger story, never feeling too heavy-handed in its exposition, but creating a surprisingly deep connection to the everyone involved.

Each episode gripped me in different ways, whether getting to see new facets of the characters, new details on the bigger mystery, or just to see Reacher kick ass, it was a blast to watch. Probably the best compliment I can think of these days in the age of binge watching, is that I would absolutely stay invested in the show (taking time out of my day specifically for it) even if it were released weekly. Something I normally only do for series connected to major (nerdy) franchises.

Strength of the Characters

A big focus of the show is, understandably, on the action. Each episode brings the goods in this regard, including everything from hand-to-hand battles, gun fights, and foot chases. There’s a lot packed into the show, and all of it is done incredibly well. Seriously, pretty much any of the set pieces on the show would fit in perfectly on the big screen in both scope and execution.

What I found myself more impressed by, however, was the character work done on the show. Jack Reacher can be a tough character to portray, with any sense of relatability for audiences.

If you haven’t read the books, or familiar with the character, Reacher is essentially a Sherlock character…If Sherlock was built like a brick shithouse and his powers of deduction are rivaled only by his ability to whip ass. His hyper intelligence, menacing physique, and single-minded adherence to his own moral compass make him a force to be reckoned with.

The problem, however, is these characteristics (not to mention his solitary/nomadic lifestyle) makes him feel distinctly apart from everyone else. He can come off as cold and calculating, disconnected from the people around him even as he’s working with them. It’s a big reason why Reacher (the movies and novels) haven’t appealed to me.

In the show, however, they manage the character well. Buoyed by an impressive supporting cast, we get to see Reacher in a bit more of a human light. While he’s still nearly superhuman in some of his abilities, he also feels grounded in a way that’s believeable. We see this through the way he works with Finley and Roscoe; reluctantly at first, then as true partners. Though he’s not much for conversation, we get to see Reacher open up throughout the season in ways that made me want to get to know him even more.

Alan Ritchson does a phenomenal job balancing the “thousand-yard stare” badass with the more human elements of the character. He manages to do so much, with very little, as the bulk of his emotional reactions are conveyed via the most subtle facial movements.

He nails the tone of Reacher perfectly, while adding a much needed humanity to the character via his dry wit, comedic timing, and general presence. Ritchson IS Jack Reacher, and embodies the role in a way hardcare fans will appreciate, while giving newcomers something engaging.

Willa Fitzgerald and Malcolm Goodwin aren’t slouching in the show either, and both manage to hold their own against Reacher’s intimidating presence. More than serving as ancillary characters to the story, they form a solid (necessary) anchor to the events playing out. Even as the story gets bigger, expanding beyond the small town of Margrave, they’re essential to both Reacher’s investigation and overall character development.

It’s a solid cast all around, including the villains (who I won’t name as they change/are part of the mystery), and everyone brings their ‘A’ game to the table. I can’t think of a performance that didn’t absolutely fit the show, or came off as phoned in. Though our time with them is relatively short in the grand scheme of Reacher’s story, they all felt like fully fleshed out, and dynamic, characters. You can imagine Roscoe and Finley having lives of their own outside the confines of the show.

In all, I really enjoyed Reacher. Despite going into it with no expectations and not really caring for the franchise in general, I was almost immediately hooked. Alan Ritchson makes the character come alive, and the expanded run time of a series allows for the story to feel more fleshed out and engaging.

I went from not interested in the show, to crossing my fingers you all watch it so we can get a second season. I think it’s something both fans and casual viewers will enjoy, so definitely give it a shot when the show drops on Prime Video, February 4th.