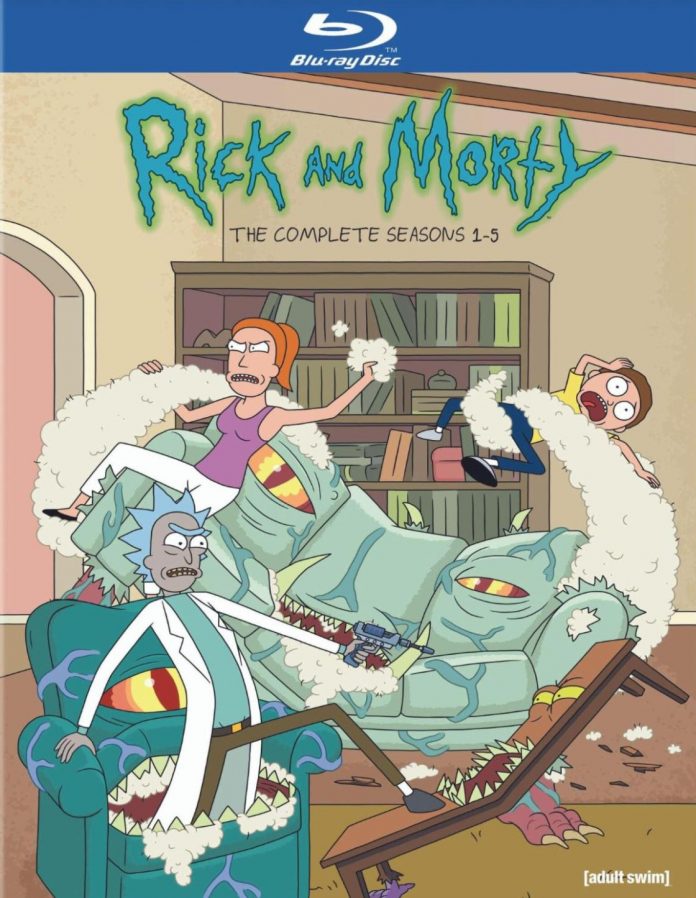 Are you ready for an intergalactic adventure across the multi-verse like no other?

Get Schwifty with the epic release of the Rick and Morty: Seasons 1-5 boxed set on Blu-ray™ and DVD from Warner Bros. Home Entertainment on March 29, 2022.

The outrageously whacky boxed set which includes all 51 episodes from the first five seasons of the award-winning series, along with copious special features, including audio commentary, deleted scenes, “Inside the Episode” segments, numerous featurettes, past animatic sketches, and more. More on this below!

Also, for a limited time, fans who purchase the set will receive an EXCLUSIVE POSTER from the series.

Now, back to those irresistable special features. Here is a breakdown of the epicness included: