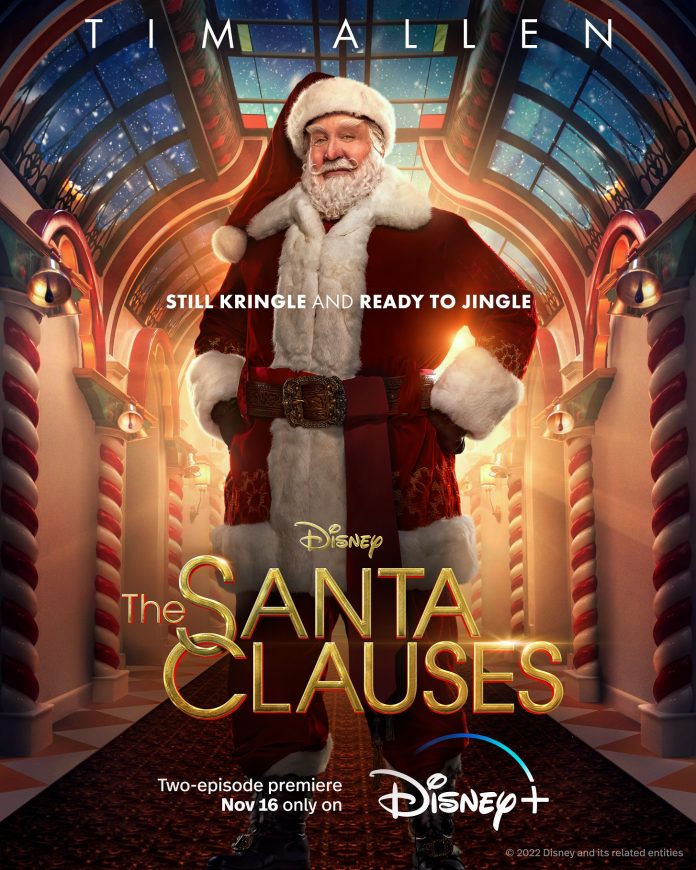 The D23 Expo brought fans their first look at the return of The Santa Clause, with both a trailer and release date for the upcoming sequel series.

Crazy to think we heard about this new series at the start of this year, and we’re now only a couple months away from seeing it. The Santa Clauses brings Tim Allen and the rest of The Santa Clause cast (even Bernard!) back together for an all new story, and there’s plenty of great nostalgia in store in this first trailer:

Scott Calvin is on the brink of his 65th birthday and realizing that he can’t be Santa forever. He’s suddenly starting to lose his Santa magic; and, more importantly, he’s got a family who could benefit from a life in the normal world, especially his two kids who have grown up at the North Pole. With a lot of elves, children and family to please, Scott sets out to find a suitable replacement Santa while preparing his family for a new adventure in a life south of the pole.

Just in time for all the holiday fun, The Santa Clauses launches on November 16th with a two-episode premiere.