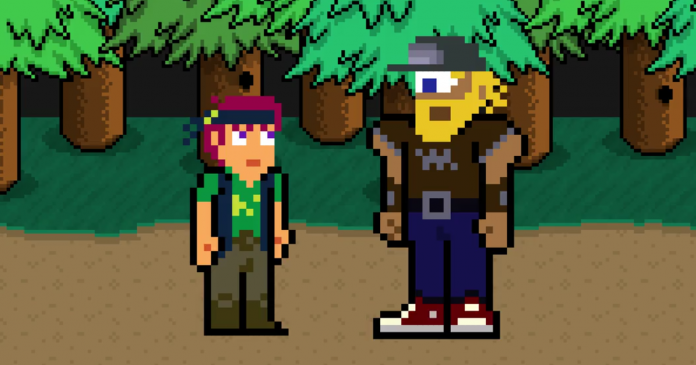 15 years after the launch of Code Monkeys on G4TV, the creators have announced a crowdfunding campaign for an all new 8-bit styled show: Burning Earth.

My love for the Code Monkeys show is pretty well documented, so when I saw this KickStarter I knew I had to share it with you guys. The creators (and cast) of the old pixel-art show have reunited with an idea for a brand new series called Burning Earth.

Burning Earth will retain the same 8-bit animation style, along with the irreverent humor that made Code Monkeys so much fun, but will tell a brand new story. It takes place in a post-apocalyptic future with plenty of fantasy elements in abundance (The Legend of Zelda is very much an influence here). There’s even a quick teaser to give people an idea of what to expect:

The developers are turning to KickStarter to make this new show a reality, leveraging the cult-status of Code Monkeys to get fans on board. Personally, I’m all for it and will be EAGERLY watching this campaign and hope it not only gets the funding needed, but can maybe attract the attention of a studio to distribute it and make even more.

Learn more about the show, characters, stretch goals, and (of course) show your support by checking out their KickStarter Page.