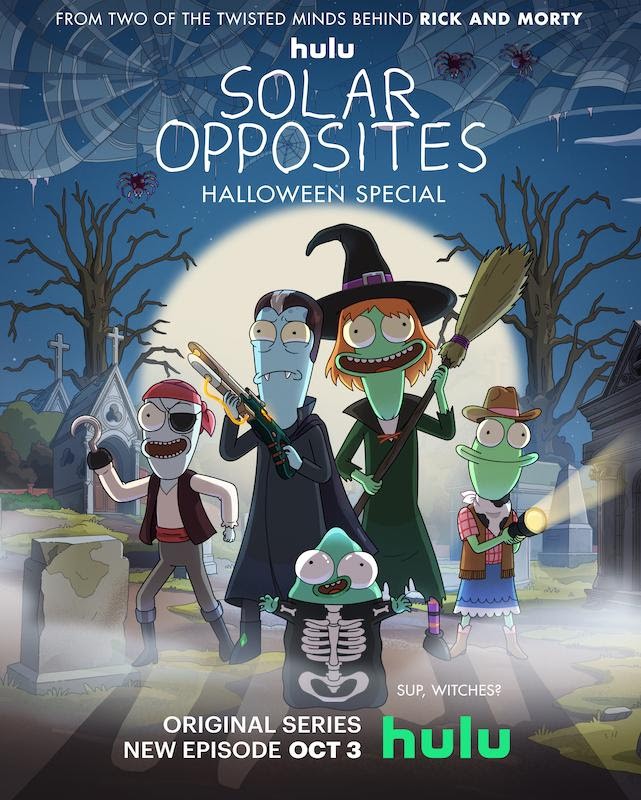 The Solar Opposites are getting their very own Halloween special, and it’s hitting Hulu next week. Check out the “spooky” first trailer here.

If you’ve been missing the Solar Opposites after finishing season three, you’ll get to see the family back together again sooner rather than later. Today, Hulu has revealed the trailer for the Solar Opposites Halloween Special which comes to the streaming platform on October 3rd (one week from today).

Will you be checking out the Solar Opposites first Halloween special next Monday?