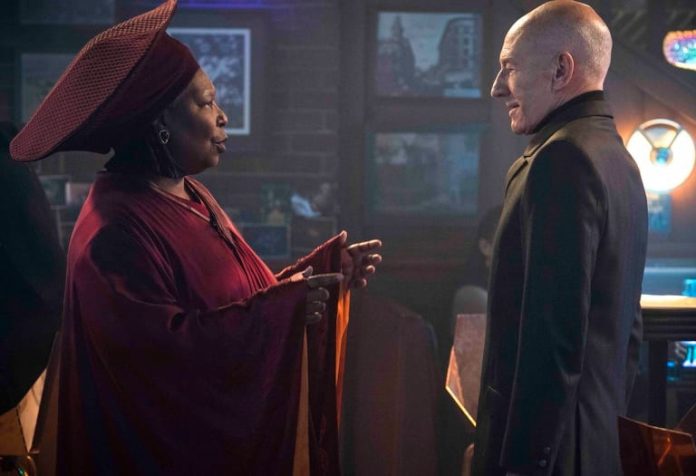 The latest trailer for the second season of Star Trek: Picard has been released, with brand new footage of the show’s upcoming season and the first look at Whoopi Goldberg’s return as Guinan. You can watch the trailer below:

Goldberg previously played the role of Guinan in Star Trek: The Next Generation and its subsequent film follow-ups. The last time she was seen in the role was in 2002’s Star Trek: Nemesis with a small cameo early on in the film.

Also returning to the franchise this season is John De Lancie as the omnipotent Q, an antagonist from both Next Generation and Voyager. De Lancie last played the role in Voyager’s seventh season episode Q2 in 2001, but the character has not crossed paths with Picard since Next Generation’s finale in 1994.

Star Trek: Picard Season 2 will premiere on Thursday, March 3rd on Paramount Plus in the US and Prime Video internationally.