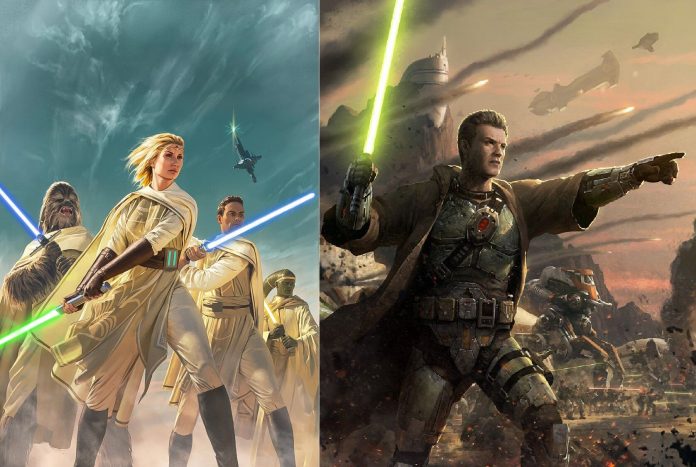 With Rogue Squadron being delayed and rumors abounding, let’s talk about what we’ve heard regarding the next Star Wars film and which era it’ll be set in.

Things in the Star Wars universe are once again getting a bit of a shake-up. While the TV side of things is chugging along nicely, the franchise’s return to the big screen has been hit with another setback.

Myself, along with a few others began hearing word last week that Rogue Squadron was facing an imminent delay. You may have seen a handful of cryptic tweets from various people online regarding stuff about The Old Republic era. Then Star Wars News Net dropped the story about Rogue Squadron getting delayed with a KOTOR era film set to take its 2023 release date.

By and large this lined up with many things I’ve been hearing as well…but I’m getting ahead of myself a bit. Let’s look at what I know:

Here’s what I don’t know: which film will be taking Rogue Squadron‘s place. If you’d asked me Friday (or even earlier today) I would have quickly agreed it was the Old Republic era film. After all, that script has been known/kicked around since 2019. It seems like the easiest thing that would be ready (maybe even with it being JD Dillard’s rumored project to direct).

Then I had a source reach out to me saying the replacement movie would be “taking place 250 years before [The Phantom Menace].” This would put the story firmly in The High Republic era rather than KOTOR.

So I have sources I trust telling me Old Republic is the next era, with other sources I trust saying High Republic era. I’ve heard about Old Republic projects for a while, and know they’re also working on a TV series of some sort for Disney+, so part of me is leaning towards that being the likeliest choice.

That said, High Republic is much more in the public eye at the moment. The publishing initiative has been highly successful and continuing to hit bestseller lists every single release. With the architects behind it having done a number of super secret meetings/planning sessions, I could see how a script could have been developed in relative secrecy. So it’s not outside the realm of possibility they could be ready to roll on that by next year.

All this is a long way of saying: I’m not sure! It could be a matter of getting wires crossed with one thing being a TV series and the other being a movie. Either way, I’m reasonably sure the next Star Wars film is going to take fans to a brand new era. I’m crossing my fingers we will get a formal announcement before too long, especially if they plan to still film early next year…

What do you hope to see next out of Star Wars on the big screen?