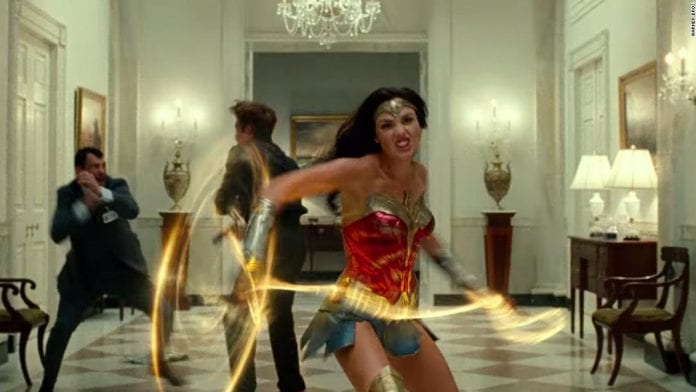 Reports have come out regarding some of the upcoming plans for DC movies, and it looks like some big shake-ups are on the horizon.

Hired back in October to lead DC Studios, James Gunn and Peter Saffran have been working hard to develop a new plan for the universe of heroes going forward. While things have been tight-lipped, The Hollywood Reporter broke a major story last night giving us some hints about where things might be heading. In short, big changes are happening.

The main news coming from the story, is that Wonder Woman 3 is no longer moving forward. For all intents and purposes it’s “dead” as it currently sits. The story treatment recently turned in by director Patty Jenkins didn’t fit in with the plans for the future, from the sounds of it.

But this is, by all accounts, only the beginning.

Here’s the thing; earlier this week, from my own sources, I caught wind of this Wonder Woman 3 information as well as some other things. To be honest, it sounded too drastic and I just put it in the back of my mind. No way. But then this THR report hit last night. Things I’d heard are matching. While it’s important to note THR is only specifically reporting on Wonder Woman 3 not going forward, the “speculation” of things they’ve heard but can’t confirm line up with stuff I, and a few others, have been hearing as well.

Namely, that just about everything in DC is currently in flux. From the sounds of it, despite a heavily publicized return, Henry Cavill likely isn’t coming back for a new Superman movie. Aquaman and the Lost Kingdom might mark Jason Momoa’s last time portraying Arthur Curry/Aquaman, with talk that he could end up playing the infamous villain/bounty hunter LOBO. Lastly, despite the Rock (and Deadline) doing their best to spin Black Adam’s numbers as a positive thing, Black Adam 2 is likely dead in the water.

If all these things turn out to be true, it sure sounds like the DC Universe is heading for a hard reboot, rather than trying to piecemeal things back together into something cohesive. That said, things like Joker 2 and Reeve’s Batman are considered safe as they always sat outside the DCU as their own thing.

Things could, and likely will, still change but at the moment, it sounds like no “DCU” connected project is safe. Hell, even the announced second season of James Gunn’s own Peacemaker series may no longer be in the cards. We’ll just have to keep waiting to see what plans they have in store.

Either way, some changes are coming and it’s wild to witness. On the whole, I’m looking at things optimistically. Personally, I enjoyed WW84 quite a bit (definitely more than the average bear) and am bummed to see we might not get a proper conclusion to the story. Overall, though, the DCU is such a mess of continuity it’s hard to see how it could be brought together without a bunch of hand-waving. A true reset might be the best way to go, and if Gunn is willing to kill his own projects, it shows he really cares about telling the best story and doing it right.

For now, treat the majority of this as a rumor, and let’s just see how things shake out. Hopefullly we’ll learn more about these DC plans (officially) sooner rather than later.