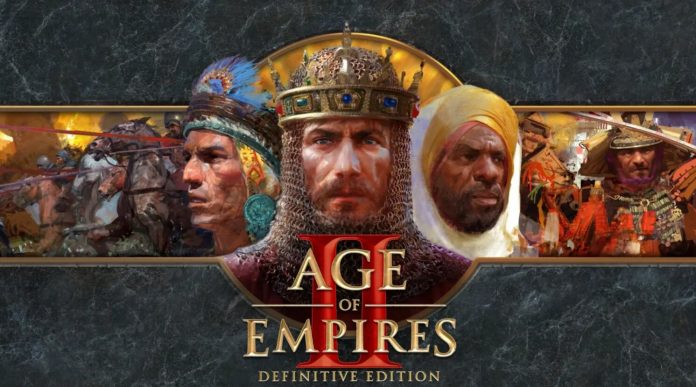 During this morning’s Age of Empires anniversary live-stream, Microsoft announced the iconic RTS franchise is finally coming to consoles early next year!

That scream of delight you heard a little bit ago was me. At last, one of the best RTS games/franchises around is making the jump to consoles and I couldn’t be happier. I know, I know…consoles are rarely the best way to enjoy RTS titles, but it opens up the genre to way more people.

Today, during the anniversary livestream, the developers announced Age of Empires II: Definitive Edition (so you’re getting all the extras) is launching for Xbox consoles on January 31, 2023. That’s not all, however, as Age of Empires IV will also be coming to Xbox later that year.

Age of Empires has grown and thrived over 25 years because of players all over the world who’ve conquered campaigns, succeeded in skirmish and mastered multiplayer. We keep our players at the heart of what we do and pay close attention to what they tell us. So, after hearing requests for Age of Empires to make its Xbox console debut, we heard you and we agreed!

2022 has been an incredible year for Age of Empires with over 25 game updates, more than 15 in-game events (with excellent rewards) and over 14,000 mods created and published. The Age of Empires community continues to grow and thrive.

We knew that bringing the complexity of RTS to Xbox consoles was a massive task and one we had to approach carefully and thoughtfully. The team has been working hard to bring an experience that not only feels great using a controller, but also teaches players how to play on Xbox. A new tutorial designed specifically for controller input paired with a new user experience for console will help players get started. We’ve also added a new game AI which helps make resource management in a strategy game efficient and intuitive.

We’re so excited to bring one of the best and most beloved RTS games of all time to Xbox. Age of Empires II: Definitive Edition has been growing since its release in 2019. After almost 40 updates, 3 DLC additions bringing new civilizations and campaigns, and a constant stream of improvements, the game is the best it’s ever been. Players can enjoy 83 maps, 42 multiplayer civilizations, 34 single-player campaigns, 10 multiplayer modes, and 7 co-op campaigns. And now, Xbox players will be able to enjoy all this phenomenal game has to offer!

For those players who are loyal to keyboard and mouse, we’ve ensured that those inputs are supported in the console version. We also considered the functionality Xbox players have come to expect from their games and so the game will include optional crossplay between platforms, allowing you to play with your friends on Xbox and on PC. We’re also bringing the game to Xbox Cloud Gaming (Beta), allowing players to continue their empire building, even when away from PC or console.

2023 will be a big year for those of you who’ve been asking for an Xbox version of Age of Empires as we’ll also be releasing a console version of Age of Empires IV later in the year! The console teams have been working closely together to create a complementary experience that will bring the newest addition to the Age of Empires roster to Xbox players. We’ll have more to share next year so be sure to follow our official social channels to hear all the news as it comes.

Both console versions of the games will be available through the Microsoft Store, Xbox Game Pass, and Xbox Game Pass Ultimate, bringing the trebuchet launching, castle destroying, empire building action to players across the globe on the platforms they want to play on.