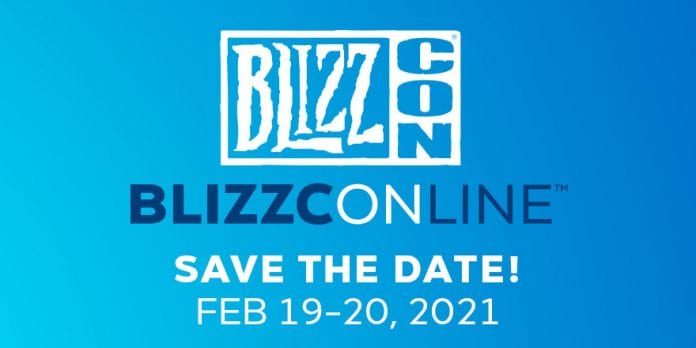 Blizzard Entertainment sent out a reminder that everyone will have the chance to celebrate 30 years of Blizzard in a free, virtual celebration called BlizzConline, set to take place February 19 and 20.

BlizzConline is an all-digital community event and exhibition, giving players the chance to connect with each other over two consecutive days of news and talent sharing from artists and cosplayers in the Community Showcase.

“We couldn’t let too much time go by without connecting with our community in the spirit of BlizzCon, and that’s what this show is all about—getting together with friends from around the world and celebrating the bonds and experiences we share through games,” said J. Allen Brack, president of Blizzard Entertainment. “We’re also excited to share some updates on what the teams have been working on—and while this won’t be the usual BlizzCon, the all-online format gives us a unique opportunity to shake things up a bit and create a show specifically for a community at home.”

On Feb. 19, BlizzConline will kick off at 4 p.m. CST with news about games currently in development. Organizers said that players will have the option to tune in to more than three hours worth of community and game deep dives across six different themed channels.

Events on day two will kick off at 2 p.m. CST with panels, Q&As, and community spotlights, including the announcement of winners and outstanding entries in the Community Showcases featuring cosplay, movie, talent, and art contests and exhibitions.

A detailed schedule of events is expected to release in the coming weeks.