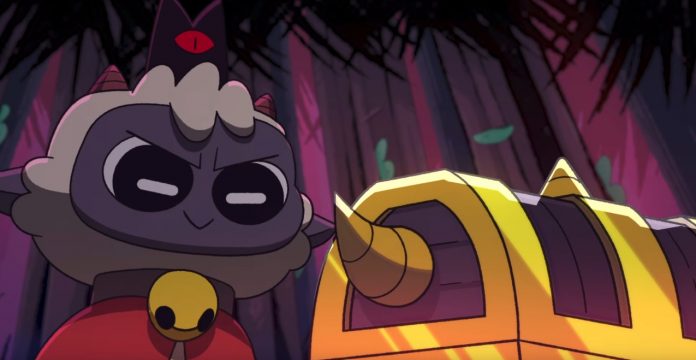 This morning brings word that the quirky looking sim-builder, Cult of the Lamb, will also be arriving on consoles for gamers to enjoy.

While we still don’t have release date, at least console gamers will be able to look forward to playing Cult of the Lamb this year as well. Developers Devolver Digital released a fun animated trailer to announce the game’s jump to all the consoles:

Cult of the Lamb casts players in the role of a possessed lamb saved from annihilation by an ominous stranger, who must repay their debt by building a loyal following in his name. That shouldn’t be too hard, as this particular lamb is a huge fan of cult documentaries and knows all of the tricks to get it done. I lied about that last part, but the point stands.

Start your own cult in a land of false prophets, venturing out into diverse and mysterious regions to build a loyal community of woodland worshippers and spread your Word to become the one true cult. Maybe you’ll get your own docuseries one day!

Cult of the Lamb will hit Nintendo Switch, PlayStation 5, and Xbox consoles (on top of PCs) when it launches later this year.