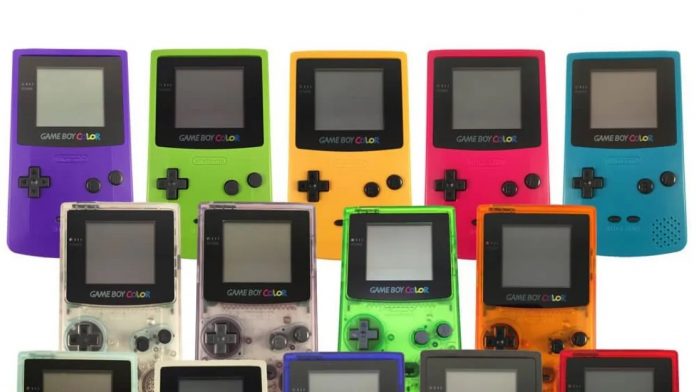 Rumors of GameBoy and GameBoy Color games making their way to the Nintendo Switch (like we’ve seen for NES and SNES games) is nothing new. In fact, they’ve been so common that many of us brushed off the most recent rumors as more of the same…But then more reports, from bigger sites with plenty of credibility, started coming in.

In short, it sure looks like GameBoy/GameBoy Color games are coming to the Switch Online Service sooner rather than later. There’s no word in those rumors about which titles could end up on the service (Nintendo likes to release these things waves) first, which means it’s time to speak my wildest hopes into existence.

While I’m crossing my fingers the official announcement also confirms GameBoy Advance titles, the current rumors are focused on the first couple handheld generations. As such, I’m keeping my wish list specific to those consoles. There’s no shortage of amazing games to choose from, but personally, I’m hoping these games will make the first cut:

Despite garnering a ridiculous amount of positive reviews when it first launched, it’s pretty amazing how few gamers are familiar with Metal Gear Solid on the GameBoy Color. Though it shares the name of the PlayStation title, it’s actually tells an original story. Ghost Babel (as it’s subtitled in Japan) shares some elements, like taking place several years after the Outer Heaven incident, but features a host of new villains to deal with.

I remember finding this years ago and absolutely loving the experience. For a GameBoy title, it manages to pack in a host of gameplay features that manage to capture the feel of Metal Gear in an impressive way. I never once felt like I was playing a “lesser” Metal Gear game, simply because of how engaging it was.

From crawling, hiding in tall grass/deep mud, using boxes to quickly travel the compound while hidden, and avoiding a host of varying enemies…it’s all here! Couple that with a surprisingly addictive story and it remains one of my favorite experiences in the franchise. Considering it hasn’t released in ANY of the MGS gaming collections, this would be an excellent way to give players the chance to finally check it out.

Obviously, Link’s Awakening has gotten plenty of love in recent years with a full remake, but there are two other Zelda games from that era more than worth your time. Oracle of Seasons and Oracle of Ages played with the familiar top-down Zelda formula, but added in some fun twists.

Both games are great and deliver that classic Zelda experience. There’s plenty of puzzles that keep you scratching your head, fun dungeons to explore and battle your way through, and a story that keeps you engaged the whole way through. On top of getting two excellent games that work on their own, they also work together to tell a more complete story.

The only way to do this is to play through both games and use the passwords given to you throughout them. In doing this new story elements would come into play as well as some nifty items to help you on your journey. Playing them when they re-released on 3DS was great, but it’s time for the next generation to have the chance.

Okay hear me out….I know the Star Wars games for NES/GameBoy (which play essentially the same) aren’t the greatest games. In fact, they can be downright frustrating. That said, there’s a WHOLE BUNCH of people who’ve never had the chance to experience these early tie-in games.

For all their frustration, they really aren’t terrible games. Repetitive for sure, but manage to still work as Metroidvania-esque platformers. There’s plenty to discover and the game does little to hold your hand through it, offering a good challenge while still ensuring you get the tools need to move the story along.

Aside from the release from Limited Run Games, these titles haven’t been given a new release in a very long time. Hell, even those are still on cartridges that require a GameBoy to play. Giving these a digital release would allow a whole bunch of fans the first chance to check it out for themselves.

Before Advance Wars came out, there were the Famicom Wars titles, which essentially featured the same style of strategy gameplay. Game Boy Wars was the portable equivalent, allowing players the chance to take their war on the go with them. The first was so good it managed to spawn three sequels on the handheld console, all of which were very well received by fans and critics alike.

There’s only one problem…The series never left Japan. While we had Advance Wars here in the West, we never got the chance to play the titles that inspired them. Hell, considering it’s limited release, there are multiple generations of gamers who never got to play these titles.

Since the original NES Fire Emblem got a Switch release and proved that gamers are more than happy to check out older strategy titles, including any of these Game Boy Wars titles on the first wave seems like a no-brainer. Hell, at the very least, it could serve as a great lead-in to the upcoming Advance Wars remake.

While this was the third TMNT game to hit the handheld console, Radical Rescue, was definitely the best of them all. While it follows a similar formula to the other Ninja Turtles games from the 90s era, Radical Rescue does an excellent job of setting itself a part and giving fans a more unique experience. Yes, it’s still a side-scrolling beat ’em up game, but it’s more akin to the Metroidvania style of play.

You start off as Michelangelo, who must explore the city in order to rescue April and his brothers. As you explore the city, you can uncover secrets, unlock characters that give you new moves that allow you into previously inaccessible areas. Unlocking the games’ secrets is as much fun as wailing on the Foot Clan.

Sadly, considering how “meh” the first two games were, a lot of fans ended up skipping out on this one altogether. As such, putting it into the lineup for the Switch Online would be an excellent way for players to experience it for the first time.

I’m sure games like Super Mario Land, Kirby, and some of those other classics will certainly be among the first GameBoy titles we’ll be able to play on the Switch. With such a huge catalog of games to choose from, I hope some of these oddball options make their way as well.

Hopefully we’ll get confirmation on this rumor soon, but in the meantime, which GameBoy games would you want to see come to the Switch?