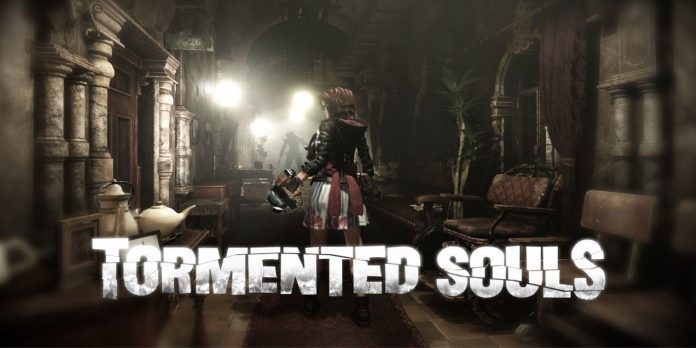 If you’ve been dying for old school survival horror, like the good ole days of Silent Hill, you might want to check out Tormented Souls.

Tormented Souls blends everything we love about old-school horror so masterfully it’s been the most fun experience I’ve had in a very long time. Let me say this first: Tormented Souls isn’t for everyone. If you grew up with the thrills of the original Resident Evil, or were scared in Silent Hill, then Tormented Souls is 100% the game for you. If you look at Dad and ask why he likes old clunky games, this one is probably not your style.

Tormented souls sticks with a fixed camera, older style graphics, and odd animations that are clearly evocative of older horror games. Yet all of it is polished in a way that makes it clear these elements have been handled purposefully with modern audiences in mind. It’s hard to tell where a technical error is because the team behind the game literally ripped out every nostalgic thing about old horror titles and blended it together for one great game. The Puzzles Will Lead You All Over The Mansion

The puzzles are honestly my favorite part of the game, and it’s been a very long time since a game has done them this well. The puzzles are not always straightforward and a majority of the game is spent simply figuring out why something is placed the way it is, or what reason the game gave you an item. The game doesn’t have any type of hand holding; instead you just need to pay attention. To everything.

Puzzles come together via anything you interact with, read, or hear a character say. For example you are given a tool that opens a door on the other side of the map, but when you are given the tool you are left wondering what the hell it’s for. Then later sitting by the door you can be wondering “how the hell do I open it?” Once it clicks everything becomes an “oh yeah!” moment, and it’s so fun.

The interesting thing I found with the game is puzzles are not tied to specific rooms, or even specific areas of the mansion. Instead a puzzle may come together in pieces over several parts of the map, and potentially over a lengthy period of time playing. Not only that, but a majority of the puzzles you don’t even realize are pieces. For example reading a journal entry that has a second meaning, or a character randomly mentioning something about a heart or missing piece. The Visuals Give Me Goosebumps

The visuals are where I could tell it took a really talented team to put this game together. Yes it has an outdated look and feel to it, but everything is masterfully done in a way to still be modern. The scenery of the mansion is just simply amazing, no other way to put it. The imagery used in statues, paintings, even level design have a way of giving you an uneasy feeling. There were multiple times where I was basically “jump scared” because my light would uncover a painting or statue and scare me. Even how the shadows reflect along the walls, or how enemies will stay at rest off to the side.

One of the coolest things about a fixed camera is how creative the placements can be. They took this in stride and made almost every single camera placement perfect by placing creepy imagery everywhere. Not only can you clearly see what you are doing most of the time, but a perfectly placed hand reaching out of a wall might be just barely visible, or a monster might just be a tiny bit out of view. There are also key moments where the camera may be placed at an odd angle, or twist as you move down a hall, and it is just done so well.

I can’t really rate the game based on true visuals since clearly the intention was to give you that nostalgic feel. But this isn’t just an old game thrown together with mods, there was actual effort put in to really bring to life a classic old school horror title. That means that while things look “dated” the way they add little details like character animations took a lot of effort. Then to somehow blend that with some more modern twists like reflections, beautifully crafted set pieces, and controls is really brilliant. While puzzle-solving takes up the majority of the gameplay, there are still some combat sequences which incorporate these older mechanics. Your character needs to pause in place to aim, and then lock on to enemies to shoot or hit them. For the most part I didn’t have an issue, but trying to reload when your character needs to stop in place for a good few seconds can be frustrating. This is the only aspect of the game I felt could have used a more “modern” twist, since there really is nothing modern about the combat. If anything, I would love to see them modernize just the combat aspects.

Yet the best part is how the game can overload you with ammo at certain parts, so you feel a bit confident with yourself using ammo a bit wastefully, then suddenly you don’t find ammo for a long stretch of the game and find yourself scared that every single noise can be an enemy.

Which is something that makes the horror aspect feel a bit more authentic. The game utilizes a lack of resources to keep you on your toes, and this includes very few save points. You need to find tapes to use at certain areas in order to save, so you can go long stretches without saving. This means a dark area with creepy sounds, and minimal ammo, will have you questioning if you want to keep moving forward or fall back, especially if you have completed puzzles or progressed rather far. The game does a really great job of utilizing darkness as a gameplay mechanic, you never know what is coming.

The Sound of Horror

I talk about voice overs a bit below, but overall the sound really adds to the game in many ways. With the fixed camera gameplay it’s sometimes hard to see something off screen, but with monsters all making specific noises you can tell what is over there, and how fast it’s coming at you. One of my favorite aspects of the game was hearing the mansion creak, or random ghost steps in a different room, and how scared it made you feel.

The music is also rather good at keeping your anxiety at peak at all times. Most games you just listen to the music and when it amps up you know something was happening, so the developers here took that knowledge to play with your head. The music will randomly ramp up for no reason at all, oftentimes when you are entering a very dark place that is already creepy. Then other times it will go totally silent, then bam a cross on the wall flips over and the high paced music is back. I have to critique the bad as well, and there are some areas we could see improvement. The voice acting was not on par with the level of details in the rest of the game. I believe only two characters talked the whole time, but both of them felt like they were just reading off script in one take. The was hardly any emotion in anything they said, and overall I enjoyed reading more than listening to them.

The game also tends to be running on an older engine of some kind, maybe purposefully done, but because of this I noticed in more chaotic environments the frames would drop extremely low, to a point where my PS5 crashed a couple times. Also the opening cutscene seems to be highly compressed. I know the game is going for old school look and feel, but it was so compressed I couldn’t tell what was happening. (Luckily it seems that was the only cut scene with the issue).

Lastly with the save point issue, I found the combat to be rather annoying at times. Obviously the game is giving you limited ammo to utilize, but enemies will randomly pop back up for no reason, at least it did for me. At one point I was mid puzzle and the entire bottom floor of enemies respawned, which I don’t think was supposed to happen. The combat is just annoying when you have to stop to do anything, and enemies have extremely large reach, if one thing were to be more modern I would want it to be this.

The game overall will take you several hours to complete because the puzzles take some time to figure out. I would highly recommend not looking up guides, it totally ruins the experience. Once you beat the game, get an idea of the layout and how the puzzles work, you can probably breeze through the entire game in about 2 hours or so on a second playthrough, but there is so much within the environment to learn about the story. 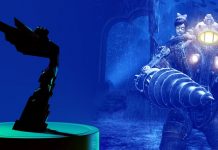