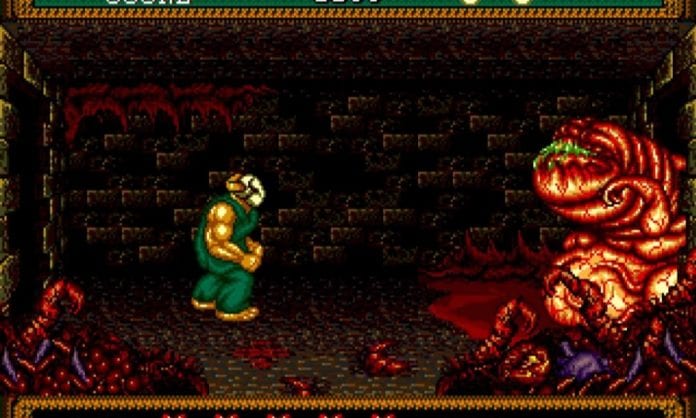 Halloween is the perfect time for horror classics, and this extends beyond just movies. Here we look at some classic video games to get you in the spirit!

Holidays are a great time to revisit some of your favorites from years gone by and as we near Halloween I’ve been thinking about some of the older games in that could definitely get gamers in the spirit of the season.

While the genre has come a long way over the years, I thought it’d be fun to take a look back at some of the earliest games to get our hearts racing. As such, I’ll be sticking to the games from the 8 and 16-bit eras (sorry Resident Evil). Let’s get to it:

Clock Tower initially launched on the Super Famicom in 1995, but it would take a couple years before it finally made it’s way to the West with a PlayStation port (so I’m kinda cheating putting this on the list). While it plays out as a point-and-click adventure game—which most horror games of this era consisted of—Clock Tower is considered the progenitor of the survival horror genre.

Players were thrust in the role of Jennifer Simpson, an Orphan who’s adopted (along with a few other children) and goes to live in a mansion known as the Clock Tower. It doesn’t take long for things to go wrong and players are forced to explore the terrifying mansion to uncover the secrets behind a mysterious cult, monstrous creatures, and more. Your choices affect the outcome of the story, making this horror tale one that changes each time you play, offering up new thrills.

A combination of impressive visuals (for the time), a genuinely engaging/spooky story, and an every present sense of fear makes this title worth playing even today. Even with the dated graphics, the atmosphere is incredibly tense and it’s easy to see how so many of its elements formed the basis for the survival horror genre going forward. Probably my favorite title to play on this list, Zombies Ate My Neighbors didn’t get much love when it first launched. Over the years, however, it’s acquired something of a cult status and even to the point of a film adaptation being discussed back in 2011.

The game launched for the SNES and Genesis in 1993, bringing 48 punishing stages to play through. The premise is pretty simple. You choose one of two characters (or both for some co-op action) with the sole task of rescuing your neighbors from hordes of various enemies. Beyond zombies, you’ll face down all manner of monsters culled from horror movies; and one gigantic baby.

While it’s more action than horror, the tension in the game cannot be denied. You’ll figure out real quick which enemies to avoid and which to take head-on. Stages only get tougher as you go, making each level feel like a race to the finish. With a slew of cool power-ups to discover and level designs that still impress, this is a fun one to play on a dark night. One of the older titles on this list, Splatterhouse isn’t exactly a “horror” game in that it brings the frights/chills. It does, however, perfectly capture the slasher vibe from the 80s and makes it an easy pick for getting in the Halloween spirit.

Initially launched in the late 80s as an Arcade game, Splatterhouse followed a familiar beat ’em up gameplay style. You play Rick Taylor, a University student who’s killed and subsequently resurrected thanks to a “Terror Mask” within a mysterious mansion. The mask has transformed him into a superhuman monsters and finds himself going on a rampage throughout the mansion in search of answers. The result is a whole lot of bloody killing and some terrifying monster designs.

While the ports of the game toned down the overall gore and horror, it managed to retain its horror aesthetic pretty well. Beyond the vicious action, it presents some chilling moments that will give you all the spooky vibes you need this Halloween. Even better there is a version of this game included in the Namco Museum bundle released for the Nintendo Switch! I know video games based off of films get a bad reputation, but some of them manage to kick ass. Alien 3 (especially the SNES version) manages to do just that. While it’s essentially a run and gun style of game, players have leeway to explore the base freely to find hidden secrets, complete objectives, and locate new weapons.

Taking on the role of Ellen Ripley, you must explore the Fiorina 161 prison colony and avoid the dangerous Xenomorphs along the way. The game manages to follow the movie’s story pretty closely (which may be good or bad depending on your views of the film), and brings great art and sound design to the front.

Despite being, essentially, a side-scrolling game it manages to deliver on the tense and terrifying atmosphere from the film itself. With a combination of excellent visuals and really impressive soundtrack, it feels like you’re playing through a horror movie. Even with a stunning reboot, and even more impressive sequel (DOOM: Eternal), there’s no denying how much fun the original FPS game remains. Though the graphics are outdated, the thrill of tearing through hordes of demons doesn’t fade.

Locating new weapons and unleashing them feels just as satisfying as it did originally, and the sheer amount of gore on display is more than enough to scratch that Halloween itch. Even better, the original game has been ported to just about EVERYTHING with a screen, so it’s not hard to find a way to play it.

As I was looking into titles for this article, I was struck by how many horror-themed games older consoles delivered on. While you can certainly fill your month with any of the Castlevania titles, some Ghouls ‘n Goblins, or a slew of point and click adventure titles, I think these five games are the most fun to experience even today.

What are some of your favorite old-school horror games?