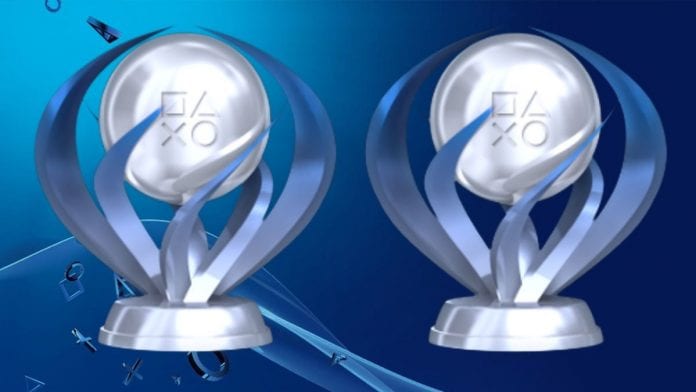 While the impending release of the next-generation is always exciting, there are some improvements we’d love to see. Today, we’re talking about trophies.

PS5 is coming one way or another and as an avid PS4 gamer there are certain improvements I hope to see. Granted, the PlayStation 5 will come with typical next-gen tech upgrades, better visuals, and speed improvements…But there are some smaller software/network related changes I’d like to see implemented. Namely, I’d love to see some changes to Trophies.

The Problem With Online (Only) Trophies

Many gamers (like me) simply love collecting trophies. These trophies, while having no real apparent value outside of showing off, add to the overall game. Instead of beating a main portion of a game and being done, there are a bunch of secondary things to do to reach that “100%” completion accomplishment. Personally, I’m currently in a race against my significant other about who has the most trophies (currently I’m winning)!

But there are issues preventing me from furthering my adventure. For one, it’s extremely frustrating to finally pick up an old game (or come back to one), and learning the “100%” is literally impossible. I’m not talking about a trophy that’s frustrating to get and simply seems impossible–like a vast majority of Overwatch trophies–but trophies tied to games that die quickly after launch.

One example of this is my trophy list for PlayStation All Stars. I never really got to play this game online when it released, and I got a majority of the trophies offline. Life got in the way and by the time I returned the online service was completely shut down. Now the game sits at a 98% completion: one trophy away from the platinum, and one trophy away from 100%. I’ll never be able to get this trophy and complete the game because of this. There are no alternative offline options for this and this is far from the only game with this issue.

There is no real way to tell if a game is going to be active or not. Granted if a game is 100% online like say Destiny or Overwatch, it’s understandable. You are expected to be online and will probably be earning those trophies from the get go. Other times you might find yourself more invested in the single player experience without really going online. By the time you do it’s too late. Tomb Raider, for example, is a single player based title that had a tacked on online component, yet it had insanely long online trophies to earn….Sadly, the game’s online community was mostly dead within a month of release. It’s an issue in a variety of games. Either lobbies are bare, hackers took over, or the game simply died and the servers are being shut down.

Sometimes online trophies are easier to get when a game first comes out as people are new and don’t know the ins and outs of everything. Overwatch had trophies that were extremely achievable initially, such as Mercy-revives in a match. Between updates and player skills, these types of trophies are much more difficult to accomplish.

Other times, these online trophies are just plain obnoxious. Several titles have trophies that require too much from other people. In Elder Scrolls Online there is a trophy that requires you to basically be the best player in an entire realm, and this trophy is only handed out once a month…. Yes, ONE player per month can earn said trophy. The trophy is sitting at a 0.09% rate, the average trophy in the game is about 14% complete. Only 900 players, of the 210k current PS4 players, have earned this trophy, and only 300 of those players have gone on to earn the platinum, less than 4% of the total player base.

Even if you’re of the opinion that, “Well you should have played it back then!” there are still other issues with online trophies. Trophies should be a test of skill or completing a game, but very few online trophies meet this criteria. Simply getting kills with a certain gun, or performing some strange sequence of events that requires not only you to be in the perfect position, but others as well, just isn’t fair.

Some trophies I’ve had to earn included another player being good enough to beat me AND hold onto this upper hand long enough for me to come back and ruin it. A lot of online trophies boil down to either pure luck or simply boosting with other players. For those unfamiliar with the term “boosting” it’s when you get a friend on the opposing team to purposely fail in order for you to get some achievement, such as a one-shot kill or some crazy combo in a fighting game. These really deflate the morale of the community when people are legitimately good at a game and earn these trophies, but thousands of people are just creating lobbies to hand it out.

If you’re trying to avoid gaming the system and legitimately snag those trophies, everyone on your team needs to suffer. I hate to bring up Overwatch again, but it is a great example. The trophy list includes trophies for every character. For those who don’t play Overwatch, it is a heavily team based game where each character has specific abilities and roles to play. One player can heal other others, and some can be a defense, etc…

The trophies take the characters abilities and creates obnoxious encounters to obtain such as destroying a whole team with an ultimate ability, or healing teammates to an extent. As an Overwatch fan these are fun (it makes you try new characters, and creates a challenge to keep playing), but as a teammate it sucks. I’ve encountered many games where a player is trying a new character to obtain a trophy and the entire team suffers because of it.

Can I be mad? No, I’ve been there, tried that, got my trophy and moved on. Can I be frustrated? Of course, because there is no way for a player to join a private lobby to earn said trophies. All trophies need to be earned in quick play or competitive, no other modes count towards your progress at all.

I recently returned to Gwent (The card game from The Witcher series)  on my PS4 because, well, The Witcher is really popular right now and it sounded like fun. I had some trophies to clean up and to my surprise this game is shutting down for no real discernible reason. It’s not due to lack of players or anything, it’s due to the developers seeking to “focus more on the mobile and PC versions of the game.” AKA mobile is making them more money, screw consoles.

The game is still actively able to be played until June this year when our accounts are totally wiped, including all purchases we made, but that’s besides the point. The fact is I can still play, but the developers have halted all leveling abilities and removed the core portion of the game; a tournament style game mode. The game used to have cross play support (also removed) which kept it active so I don’t entirely see why console players can’t just keep playing with a PC profile attached, but that’s a business decision I haven’t looked into.

What sucks is due to the level freeze I have four trophies I literally cannot earn. Without the main tournament mode, there are a few more trophies I cannot earn. Yet I already earned some trophies so I can no longer delete this game from my profile of trophies…. If you boot a game up and somehow manage to not earn any trophies you are capable of deleting the game from the trophy library, but if you manage to earn any trophies at all then this option disappears.

What Can Be Done

The solution, I feel, is relatively simple. Any game not solely based online needs to remove or adjust their trophies. It’s simple, make the online trophies a sub group. You won’t get “100%” but at least you can earn the platinum. For example, play all of Tomb Raider, find all the treasures, spend countless hours completing the single player and anything you can do offline, and earn the Platinum. If you want, and the community is still there, then open the online and earn some additional trophies.

Another option is to allow, or encourage, developers to update their trophy lists. If a server is going down then online trophies should be moved to the sub group, or automatically unlocked. I don’t like the second option all too much because it takes away from those who actually earned said trophies. Instead, moving these trophies to a “legacy” group allows them to show off, but also allows those without the online services to still complete a game.

It may even be possible to include a “secondary platinum,” not an actual platinum trophy but something secondary that says a player has earned all online trophies. It may even be neat for some players to have trophies no other players can earn anymore along with a legacy “I earned the original platinum” style trophy. We’ve already seen similar things implemented with DLC content.

Call of Duty has already done this with their games. Probably the most played online shooter has already figured out “hey, our servers will die eventually, lets not tie trophies to it.” Yet every other game that is pretty much destined to be offline within a year is still including obnoxiously long trophy lists for their online components. I get it, you want people to play online, but don’t hold my trophies hostage!

Obviously a sub group for online trophies won’t fix the issue of lousy teammates, but at least it offers a band-aid on a long time issue. Overall this is something even Xbox should look into because clearly something is broken. If you offer an achievement/trophy and it’s simply unobtainable, then it’s broken and needs to be fixed. It’s like buying a game, but one of the core features is locked out because the developers gave up and left. You’d be mad and probably return the game.

What are some key features you would like addressed with the PS5?