Intellivision’s Amico shows a lot more promise than expected during their E3 2021 presentation, but will gamers care?

Intellivision appeared during this year’s E3, showing off more of the features for their upcoming console, the Amico. By and large, the presentation was all about selling gamers and casual families why the console is worth giving attention.

It’s not exactly an easy sell. Afterall, the 80s was the last time Intellivision had even made a console, and it wasn’t until the late 90s that they even reformed to develop games again, all of which were seemingly stuck in the idea of staying retro, or simply porting older titles. Coming back with a brand new console, in the age where PlayStation 5 and Xbox Series X are hot items, and Nintendo Switch has the market cornered on family appeal….feels kinda crazy.

That said, I think the pitch CEO Tommy Tallarico made during today’s presentation was pretty solid. There are quite a few things about the console (which was originally slated to arrive last year) that I found impressive.

The Controllers: I’m very much digging the Amico’s controllers. The obvious comparison is going to be the Nintendo Wii, as these include motion sensors that you will use to interact with games. Using it to toss beanbags in corn-hole or even shake-up dice is a neat touch, but the addition of the touchscreen is where it shines.

The ability to use it as a guide for some games, or even to keep certain things a secret is a fun way to use the screen (something I wanted the Wii U to do more of when it was around). Then there’s the “dial”-esque direction pad, that allows for a more free flowing/visceral movement and brings in pressure sensitivity (force feedback). So the harder you press a button the more result you’ll see within the game.

Combine all that with the wireless charging, built-in speakers and microphone, and there’s a bunch of interesting ideas packed into the controllers. There’s a lot of potential here for some unique play factor uses.

Game Sharing: This is pretty much connected to the controller aspect as well, but it’s a function that deserves its own mention. Apparently, your games/account is connected entirely to your controller. The idea being that if you dock YOUR controller to another person’s Amico console, you’ll be able to enjoy all the games you’ve purchased.

Considering playing with others is a major selling factor for the console, this is pretty damn perfect. If you want to play a game at your friend’s house, but they haven’t bought it, you won’t have to drag your entire console with you. Just the controller. Sharing games, even if they aren’t physical is something I’ve long wanted other consoles to embrace better, and Amico seems to have nailed this.

RFID: I know, it seems kind of silly, but one of the things that really caught my eye was the implementation of RFID technology into the console. The idea here being you can tap a giftcard, or even a full game, onto the console and add funds to your account.

As a person with a few kids in the house who also love to game, I really hate having to attach my credit/debit cards to any of their systems. Despite all the passwords and such, it just feels too easy for accidental (or not so accidental) purchases to happen. This neatly helps avoid that problem, while also making it as easy as possible to get new games added. Literally anyone can tap a game card down, so even for those who aren’t gaming/technologically inclined, it’s easy to use.

Online Leaderboards/Certificates: Leaderboards and achivements are nothing new to gamers, but I’m still digging the way Amico is using them. Each game features it’s own leaderboards, so each month you can see where you rank among players near you and all over the world.

Then, if you’re the top player, they’ll even email you a Certificate you can print out and hang. Yeah, it’s kind of silly and cheesy, but at the same time gives gamers something more tangible to showcase rather than a digital board. I think it’s a fun idea, and definitely something I could see younger kids getting a big kick out of.

All that said, I still don’t feel sold on the Amico. The games, updated though they may be, just don’t feel like anything I’d play beyond a weekend. Yes, the idea of playing them with friends or family is cool, and I could definitely see myself having fun playing with my kids, but again, I don’t feel there’s a longevity to it.

Hell, I can have my co-op retrogaming fun with the Mini-SNES or other such collections. I don’t need a whole new console specifically for it, and an all new Earthworm Jim isn’t exactly a killer app (for me). Overall, I’m left with the feeling that I would absolutely love playing the Amico for a weekend, and then would likely forget about it entirely.

Perhaps that’s too harsh, but the console can’t be sold on the great ideas and concepts alone. I think there’s a lot of great potential in Intellivision’s Amico but the games shown just haven’t hooked me, though I really hope that will change by the time the console launches on October 10th. 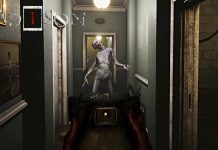