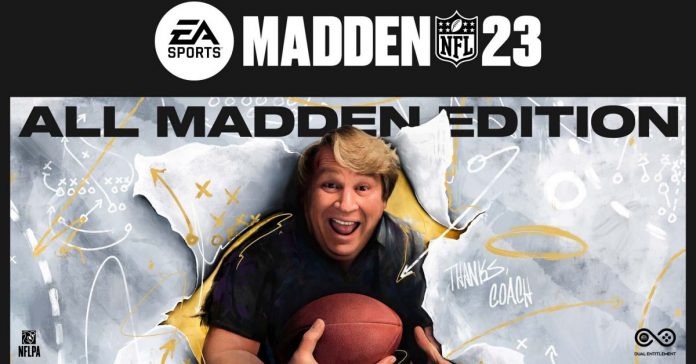 The NFL season is almost here! Until the Rams-Bills kickoff the season, though, EA Sports has kicked off a football season of their own with the release of Madden NFL 23. Is it finally the game the Madden faithful have been hoping for? Not really, but it has improved slightly. This is our official review of Madden NFL 23.

Over the years, I’ve admittedly been a bit of a Madden apologist; trying to look for the good in a game series I’ve loved—and competed against friends with—for over a decade. While Madden NFL 23 has some improvements, the same problems players have dealt with for years persist. It’s 2022, how are Madden players dealing with the same issues?

While Madden players can often point to a variety of problems that make them want to throw the controller at the TV, the main issues I have had in previous (and now-current) Madden games are bugs, online head-to-head issues, same-y playbooks, and frustrating gameplay situations.

When it comes to bugs, I can normally forgive a lot of them because games are often patched and fixed as time goes on. However, a few of these bugs almost feel punishing at times. For instance, in Franchise mode, you’re given a metric ton of weekly goals to try and accomplish to earn points to use in your coaching tree. Sounds pretty good, right? Well, not when the game automatically negates and/or doesn’t recognize particular goals for no reason.

On several occasions, I had to keep the opposing team from scoring a max amount of points. At the START of the game, the menu screen would already say I failed the challenge, and it wouldn’t change regardless of my meeting the conditions. Furthermore, this happened when I had a touchdown goal, preventing me from upgrading my team further.

The bugs didn’t stop there. It continued on the field with broken interior blitz plays that, despite Max Protect with a TE and a RB blocking, just couldn’t be stopped…ever. Anytime those plays would occur, I’d find myself running for my life, getting sacked, fumbling, or throwing out of the sack. Just one of many broken plays in the game.

I still don’t understand how EA Sports hasn’t fixed Online Head-to-Head issues, yet, either. For as long as I can remember, playing online with friends has always been a mixed bag. You never know if you’re going to have a good day online or if you’re just going to get screwed. This relates to field goal kicking not registering buttons on time, skipping, lag, or games being flat out dropped. Madden NFL 23 has no answer for these issues. They just simply continue to exist as another hurdle in the game.

It’s also pretty crazy that, despite spending so much time with NFL teams every year, EA Sports hasn’t seemed to figure out that each team has a playbook unique to them. In Madden NFL 23, most playbooks felt either the same or lacking. Granted, playbooks like the Ravens Offense weren’t the same as the Raiders Offense, but that was the outlier. Every other playbook I tried, seemed to have similar schemes and plays or just missed the mark entirely. This made in-game strategies feel one-note, and sometimes impossible to overcome. I don’t get why there aren’t more playbooks unique to each NFL team. You have a whole year of tape and time with these teams and it just doesn’t seem like much really gets done to address this.

My final gripe with Madden NFL 23 is much of the in-game gameplay situations are just ridiculous and unwarranted half of the time. For instance, in one game I was beating the Cardinals with the Chargers, up two scores. I’m running the ball with Ekeler to bleed the clock, but I fumbled, and the opposing team scored a touchdown. Okay, fine, no big deal. I get the ball back, run the ball again with Ekeler…another fumble. Kyler Murray scores a touchdown. Now, you might say, “git gud” to me, but the reality is it’s that kind of back-to-back BS that makes the game not fun to play. Also, if we’re looking for realism, a superstar back like Ekeler wouldn’t fumble on back-to-back plays. If he did, he probably wouldn’t be the Chargers starter.

Nevertheless, this issue isn’t exclusive to this one moment; they happen all the time in Madden for seemingly whenever Madden feels like it’s a good moment for it. I can hit stick all day and nothing happens, but as soon as the computer touches my guy in the backfield it’s game over. Madden players just want some sense of balance and EA Sports hasn’t been able to grant that yet.

It’s frustrating, because there is some good stuff in Madden NFL 23, but it’s marred by the same problems Madden players have endured for years. How is it a game released every year continues to have the same issues? Are they too focused on other game types like MUT, Face of the Franchise, Superstar KO, Franchise, or The Yard? If so, then get rid of what no one plays like The Yard, Superstar KO, and Face of the Franchise. That’s not what Madden players, old and new, come to play anyway. Madden players shouldn’t have to endure the same problems over and over simply because there isn’t an alternative.

While the first part of this review was very critical, there is some good in Madden NFL 23. Good that comes in the form of player movement and gameplay mechanics. Every year, this seems to actually be a point of emphasis for EA Sports, and every year they show solid improvement with these features.

The use of Next-Gen Stats appears to have helped a lot with player movement in Madden NFL 23. They introduced Next-Gen Stats in the previous generation of Madden as a way of making player movement more realistic. While there are still issues with receivers shaking corners, at times, Madden NFL 23 feels smoother and more realistic when it comes to route-running, tackling, catching, and running back cuts.

I’ve even had pretty cool moments that I hadn’t seen in previous Madden games, like running backs crouching underneath linemen. Plus, change of direction is so much smoother, which led me to huge gains in my playtime. That was probably my favorite part of the Madden NFL 23 experience, cuts and the smooth movements of players.

Franchise Mode is Getting There

One of the biggest game modes EA Sports has tried to highlight in recent Madden games is Franchise Mode. After ignoring it for a very long time, EA Sports finally listened to fans; leading to a major overall in last year’s iteration. In Madden NFL 23, the revamped Franchise mode is still in place.

That’s the good news. It’s also great that each in-game week has so much to do. From upgrading your coaching staff, scouting, hiring/firing staff, upgrading players, scheming for the upcoming week, talking to players to unlock new goals, and even talking to the media to unlock team goals.

While that’s all exciting, what’s irksome is how you still can’t choose which players you want to unlock individual goals with. I’ve also hated the player development system they introduced a while back. You select a particular category to upgrade and it randomly selects certain characteristics to upgrade. It’s like a loot box for upgrading players. Plus, sometimes the team goals unlocked feel a bit out of reach, like asking for 350 passing yards and 5 TDs. That’s not an easy feat depending on who you’re playing.

While it has improved leaps and bounds, Franchise mode still has a long way to go. It looks as if it’s trying to adapt 2K’s approach to modes similar to Franchise, but hasn’t quite cracked the code yet. I’m encouraged by the growth, but am waiting for the ideal Franchise mode to release that puts you in complete control of the game.

There’s a lot of good in Madden NFL 23, especially in regards to player movement. I also love how they celebrated the late-great John Madden with the All-Madden game and having him featured throughout the opening and in the game. It’s a touching tribute to the NFL Hall of Famer.

Despite that, though, as with every Madden game that releases nowadays, it doesn’t feel like a complete game. Madden NFL 23 is marred with bugs and unaddressed issues that make the game not all that fun to play right now. Updates will surely fix a lot of issues, but there’s plenty EA Sports seems to continue to ignore. Until those issues are addressed and EA Sports actually focuses on making the game modes people actually play perfect, I can’t recommend Madden NFL 23.