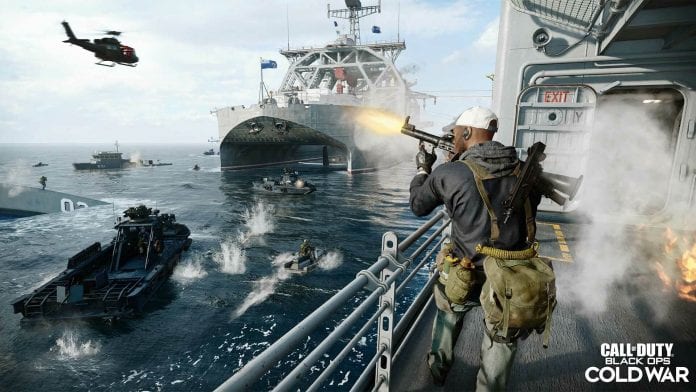 Did the gameplay/combat mechanics improve/change from the Alpha to the Beta? Is it better, smoother?

Dustin – Gameplay improved vastly from the alpha to a point where I was actually having fun. I absolutely did not have fun in the alpha as it had many issues, especially with animations between movement and hit detection. The beta improved much of this and doesn’t feel as “floaty” as the Alpha did at all. That being said it still feels like it’s missing some polish when compared to Modern Warfare. Climbing, for example, feels very clunky with your character adjusting even if you are not climbing still, this slight delay will cause death in many quick encounters. Spawns still have issues, and while gunplay mechanics and audio were improved, it still feels very much like a twitch shooter instead of the more tactical approach MW brought.

S0LEB – Though I agree with you Dustin and had a lot of fun with this beta, I still disagree with you about the “clunkiness” of some of the gameplay aspects. Also, I have to say the game looks and feels amazing. There was never a point in playing this beta or the alpha that I thought it was “not as polished” as Modern Warfare. If anything, I felt the game looked as good if not better than MW. One thing that helped me enjoy the visuals of this beta was the added Field of View Scaler. By making the field of view for the player wider, the game speed and overall mechanics felt much faster, while also improving the visual aspect of the game! What new environment/map did you experience? Was it an improvement from the Alpha?

S0LEB – I think everyone knows what I am going to say, the maps/environment in this beta do nothing but hype me up for the full launch of this title. Though it is a little rough around the edges graphically, I will be playing this game on my PS5 and I know for damn sure it’s going to look amazing running at 4k/60FPS (or 120fps). The level design and a feel you have diving into the levels is great, totally has real action movie vibes in it and I can’t wait to explore the single player campaign to see more amazing levels!

Dustin – Visually I think the maps are great, but I only slightly agree with the design aspect. I think the beta showcases both good and bad level design. Moscow is amazing, it has excellent choke points, easy flanking, and overall is a great COD map. Then we have Miami which is absolutely horrible. I spend most of my time in that map looking for people because there are no real choke points, and the map is consistently littered with OP snipers, and this is with the developers restricting the snipers in the beta to low class stock guns. It’s totally different than Satellite which kind of forces you to have ranged weapons in your loadouts, but at least that map provides 2 easy choke points and plenty of site lines for all players. Cartel I felt was an okay map, it would be fun if the bushes were not so plentiful across the map. The tall bushes really make it a luck of the draw map, and anyone with aim assist on will have a slight edge when scanning the bushes. How are the weapon loadouts in the Beta? How did each weapon feel?

Dustin – The game played very much like your typical COD for the most part. I enjoyed the fact certain levels encouraged different weapons so it made sense to have different loadouts. For example what works on Moscow probably wouldn’t be good for Satellite. A lot of the guns were easy to use though with very little feedback the more you attached to it. I was nailing shots across Satellite with ease with anything that had a scope on it.

However like I stated it, it was very much basic COD. Spamming shotgun was easy kills, and quickscoping was getting annoying rather fast. Speaking of quickscoping, I assume they locked leveling snipers and removed all customization to encourage other weapons, and yet people were still drifting towards basic snipers due to how easy they were to use. By the end of the Beta it was basically lobbies of people just running around with knives and trolling, something I wouldn’t expect in a MW lobby. Just like typical COD it heavily favored sub machine guns in a majority of encounters, with laser accuracy at distances with the right attachments. I was a bit disappointed with the lack of loadouts, but I’m assuming this is due to only being beta.

S0LEB – But Dustin…it’s  “basic” COD style like always isn’t it? There has never been a time I have jumped in a COD match online and not seen what I saw online during this beta. Gamers using overpowered shotguns, quickscoping, and more. This is just part of what makes COD a great and diverse game experience, everyone plays differently, so like the old saying goes… Get good or Get Gone lol. I feel like the weapon loadouts were great, the levels up system was simple and easy to use even during matches. I think it might feel simple because it is in beta form, but when the full game launches will be much more robust!

Dustin – I think this is where we disagree because Modern Warfare was legit getting away from this by making the game feel a lot more authentic with polish added around the guns. Running around with a submachine gun in MW won’t be very rewarding at longer distances, yet on Cold War I was using them to shoot across Satellite with no issue. MW also got a lot of heat for OP shotguns, and finally fixed it, just for CW to jump right back to it. What more can Activision/Treyarch do to get you excited for Cold War?

S0LEB – Im gonna make this simple and sweet…nothing! The game is looking, feeling, and playing great! I can’t wait to dive head first into this amazing experience

Dustin – One of my biggest issues, why are operators not divided by team? Everyone is the same character, with very little selection, and both teams look identical. It might not seem like much, but when scanning for enemies blended in within your teammates it gets frustrating. Also a lot of the authenticity from MW feels lost. While guns sounded and looked drastically better from the Alpha to the Beta, they still feel and sound very generic, with some bass added in just to make you feel good. There isn’t a real attention to echoing within tunnels or buildings, or shots in the distance truly giving away someone’s location. I still had some issues with spawns as well, multiple times entire teams would spawn around me within a match. Also the fact players are already finding the classic “limit” to their push to keep people trapped within a spawn on the maps. Hit detection also remained to have some issues during sliding and prone animations. And as stated above, I’d like some adjustments to the laser aim every gun has, especially considering snipers are so deadly accurate with no recoil at all in pretty much any weapon.

Something that isn’t directly related to the game itself that I want to touch on is the fact I don’t want to play with keyboard and mouse players. I will be turning off cross play instantly, not that I want to avoid Xbox, but to avoid PC players. However the game allows mouse and keyboard on consoles and It’s annoying that I cant avoid them too. I get aim assist was turned up to help us console peasants, but a good mouse and keyboard player is going to have a distinct edge in a twitch shooter like this and I’ve noticed it multiple times. I am playing while lounging on my couch in front of my TV, not at my desk in front of my PC, for a reason. When the games mechanics are basically just jumping around when shot at, sliding around corners, and falling to prone constantly, the edge of quick snapping your mouse is going to beat any aim assist you add. S0LEB – From what this seems like, its getting us ready for a new Warzone map. I also think they are trying to make COD more interesting with a different variety of game modes so it won’t seem so stale..

Dustin – I wonder if this means a return to Warzone, which was awesome in MW, or if maps are going to be even bigger than Miami….. Dustin – Overall it’s a beta and still played like one, but it was promising to see the tweaks made from Alpha to Beta. I’m interested to see if they further improve this weekend with a second beta weekend that includes more players. I had a lot more fun than the Alpha for sure, and I’m not bashing the game, just hoping for improvement upon final release. That being said, was not a fan of the new game mode VIP at all.

S0LEB – From what I have played, I have very much enjoyed my time with this beta. There is always room for improvements in Call of Duty, but I really do feel like they have culminated all of the greatest aspects from previous installments in the series in this one game. Plus, to be honest, it’s Black Ops. . .what more do you want? 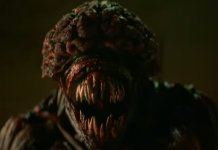 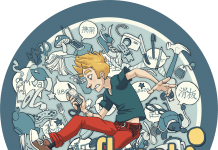 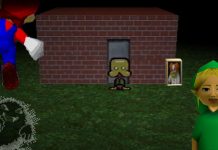 5 Video Game Urban Legends to Give You Chills this Halloween