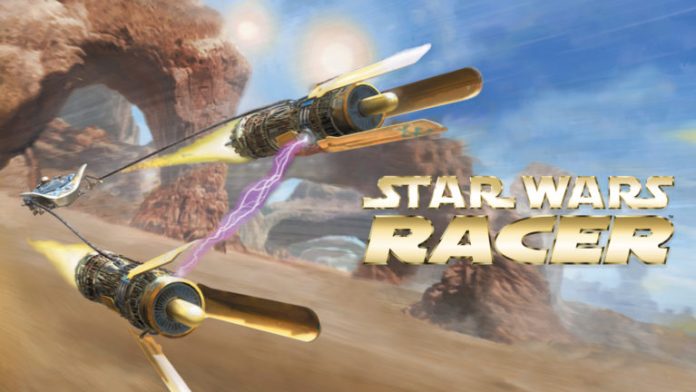 I had the chance to play around with the new Star Wars: Episode I Racer remaster, which manages to recapture the magic that made it so amazing before…

[I know, I know, this feels like a review, so why isn’t it in our normal section? To be honest, this isn’t typical review, and doesn’t fit with our traditional numbered scale. As such, enjoy my impressions on the remaster for one of my favorite Star Wars games.]

In the age of remasters and bringing back classic titles for new generations, not every game manages to retain the shine our nostalgia attributed to it. Too often, our own personal history with a title colors an otherwise dated experience that makes it more fun to remember than it is to relive in the modern era. This is the reason so many remasters are more akin to remakes, with updated controls (Command & Conquer balanced this really well). Aspyr’s recent work on remastering classic Star Wars titles (including Jedi Outcast/Jedi Academy) has been more about preservation. They maintain the original look of the games, up-scaling them to look sharp (albeit with plenty of polygonal blockiness) with only minor updates to control schemes for newer platforms.

Episode I Racer is no different and features necessary control changes since no one uses the old N64 controller format it was originally designed for! Players picking it up for the Nintendo Switch even have some motion control options. They work just fine, but considering my hands shake sometimes, it won’t be a standard way for me to play. Still, it’s always nice to have MORE options than less.

Visually, the remaster is looks much the same as the HD PC version you can find on STEAM. The images are sharp and clean, making full use of modern HD capabilities, though there aren’t any improvements given to the graphics. So yeah, the creatures you encounter are all angles and edges, but hot damn do the tracks and podracers themselves look impressive! As I mentioned, preservation is really the point of this kind of remaster, and it comes complete with all the original tracks and 25 different playable racers to mess around with. It keeps all the elements from the game’s original release (even the fun shortcuts to find throughout various tracks) and when you fire it up and see the classic LucasArts intro screen, it feels like you’re playing it as the developers intended initially.

Considering I have still been playing Racer off and on for PC just within the last couple years, I can’t say that my views on the game have changed in any significant way. It’s still amazing. Even without significant gameplay overhauls, it remains an impressive racing title that can hang out with just about any other modern arcade style racing game.

There’s a surprising amount of depth to the title, as in between races you can take your earnings (even changing the amount you’re able to “bet” on yourself) and upgrade your podracer. You’ll have to visit Watto’s shop to find new parts, or check out his junkyard to find smaller upgrades for a better price. Purchase some Pit Droids to help make repairs/upgrades faster, since crashing during races will wear out the parts on your pod, slowing you down… This adds an unexpected layer of strategy to your racing, as you’ll have to keep maintenance on your pod, or risk running into trouble during the latter races. I remember really loving this aspect when I played back on the N64. It was the first game I had for the system and the ONLY game I had for quite a while. As such, all those different elements helped prolong my play time of the game without feeling like it was getting old.

Even better, those elements still feel very “Star Wars” all at the same time. The in-universe elements come across strong even as it’s designed to be accessible to players who may not be fans of the franchise. All of this translates impressively well to the new consoles and control schemes.

I played primarily on the Nintendo Switch version, and being able to enjoy these races (sometimes only one) on the go is a lot of fun. The gameplay lends itself well to small bursts of time–ideal for the Switch–but is addictive, and with plenty enough depth, to make longer gaming sessions fly by. So no matter which system you pick it up for, you’re in for a damn good time.

Not every game is able to withstand this type of remaster, but Episode I Racer absolutely does. For only $15 there’s really no reason to skip out on picking this game up for your modern system (or even snagging the upcoming physical releases). It was fun back when it first released and it’s just as fun to play today. While I still long for a NEW Podracer game, this will do nicely until then.