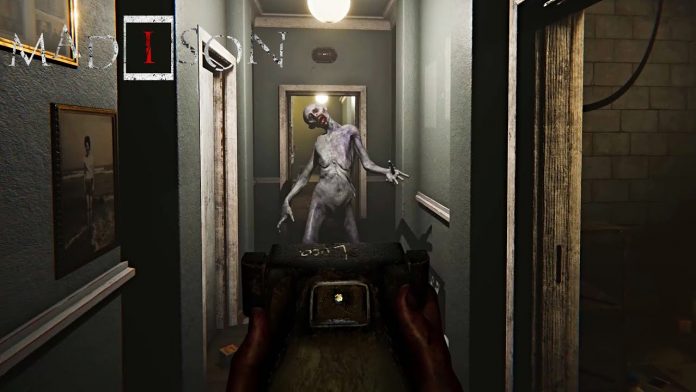 No matter what your fear factor level, there’s a horror game for everyone to enjoy this Halloween season. Here we pick the best one for whatever you’re looking for!

Would you like to just get your feet wet with Ikai? Or take the horror/action route with Resident Evil? Whatever it is you would like, here are some games we suggest you check out this season:

Ikai is a super short horror experience, but it does everything pretty well. I personally didn’t find the game too frightening, but it was a great horror experience. There are just enough thrills to give new horror fans some frights, while covering all the tropes of a typical horror game. There are puzzles, monsters, and jump scares everywhere. The Japanese art style and lore really give a great atmosphere, and the shortness of the game will let you get through it without having nightmares for days.

One of my all time favorite horror games, and a game I couldn’t say enough positive things about. Martha Is Dead is not a frightening game, but it has the horror aspects down right. Scary imagery, frightening atmosphere, and a story that will have you questioning what was right and wrong in the end. Martha Is Dead is simply a game you have to check out this Halloween season, and you don’t have to worry about scary monsters hiding around the corner. Instead gory scenes, psychological issues and a dark, gruesome story will give you a totally different take on horror.

I never really found Resident Evil scary. Mostly because any horror game that gives you a gun gets toned down quite a bit since you feel a bit safer. That’s not to say they are bad horror games, they are just more action-oriented with horror aspects thrown in. None of them do it better than Resident Evil, and Village takes the series to new heights. Some of the best boss battles and characters in horror all come together with thrilling action gameplay. You can look tough while shooting down the bad guys if these other games have you running scared.

If having a gun toting main character blast away the bad guys doesn’t make you feel safe enough, then maybe you can go grab your significant other (or a friend) and have them help protect you. The Forest is a great survival game with a horror twist added in. Adventuring off and finding hidden caves and secrets, with a game that seems to get darker and darker the more you play is a perfect experience for Halloween. If all goes well, the 2nd game in the series will be out this month as well!

In Sound Mind flew under the radar for many, but this game is phenomenal in many respects. The creepy nature isn’t as dark and timid as other games on this list, but it does a really good job of unsettling you. A simple “boo” from a ghost figure seriously rattles you because of how things are done. On top of that, the gameplay itself involves shifting environments and puzzles built right in.

In order to advance at all you will find yourself locked in massive puzzle structures, trying to figure out how to move forward at every turn. The game is built like a classic survival horror title with the main character narrating himself on different aspects of the puzzles as well. Think “Hmm, this door needs a key.” You spend very little time actually running from ghosts, but environmentally it does a good job of creeping you out.

Honestly, this is just the best all around horror game as of late. If you want to be scared, play this game with the sound turned up and all the lights turned off. Madison covers all the horror aspects you expect, and does it all extremely well. Puzzles, jump scares, scary scenery, everything is all tied up in one creepy bow. Madison will give you many sleepless nights after you finish it.

Overall, horror is getting a good comeback going with some of these newer titles, and there are a lot more games we’d love to list. But we want to know what are some games you will be checking out this spooky season?