With Halloween upon us, I decided to take a look back at Naughty Dog’s The Last of Us and how it manages to be the perfect game for the season.

I’m a horror weenie in a general sense, one that’s not limited to movies. In many respects video games are more terrifying simply for that fact that you are forced to engage in the terror, rather than sit back and watch it unfold. The lack of control in a movie allows you to disassociate from the horror elements to some degree, but that’s not the case with games. As such, I struggle to play many of them, because of my aforementioned weenie-ness.

Despite this, it’s impossible to NOT fall in love with The Last of Us. Considering that the sequel was recently pushed back into May (much to my sorrow), and it being the season for all things spooky, I felt it was a great time to discuss it’s uniquely perfect blend of horror and storytelling that makes it an essential Halloween game.

Six years later, many gamers now look back on The Last of Us and reflect more about the game’s emotional impact and overall story. That shouldn’t detract from the downright creepy factor it exudes constantly.

While the game features a handful of jump scares every now and then, The Last of Us doesn’t rely on them solely to bring on the chills. It’s all about atmosphere. The game practically oozes a spooky vibe, with each new area bringing it’s own unique feel to it, making you wonder what sinister things could possibly lie within.

The game takes the idea of the post-apocalypse and makes it into a reality like few other games have been able to accomplish. There’s never a moment when you feel safe; like you can sit back and take a breath. Between the roving infected and scavenging humans there’s a constant threat that keeps you on your toes throughout.

Beyond the creepy imagery and disturbing background stories, the sound design plays into the horror vibe. Oftentimes the barest whisper of a sound, hinting that infected are nearby or lurking just around the corner, is enough to get your heart racing. This atmosphere is present in every location throughout the game. While they oftentimes turn out to be nothing you have to deal with (like animals), they still serve to keep the tension level high.

It’s this constant tension that elevates even the smaller moments in the game into something profoundly scary. When you’re not running for your life or trying to avoid clickers, there’s still an ever-present sense of something being off and disquieting. This is where the true genius of The Last of Us comes into play.

One of my favorite parts in the game, is when Joel and Ellie (along with a pair of other survivors) stumble upon an abandoned “village” built within a cities water/sewage system. The build up to its discovery is interesting as you find notes of a survivor who’s been at sea during much of the initial outbreak and comes ashore when his supplies run out. While hiding out in the sewers he comes across more people and, despite his reservations, manages to create a society of survivors, including a school for kids. All of which is revealed in scattered notes and from your own observations. It’s a slow burn sequence, but makes for amazing storytelling.

As you enter the underworld village it’s clearly abandoned, inferring that something horrible took place. This aspect alone is enough to raise your hackles, because you have no idea where everyone went or why this place, which seemed thriving, fell apart. You can guess as to what happened, but that only puts you more on edge; jumping at every shadow. As you continue to explore, the full picture comes into view.

Having to face down the infected inhabitants of the abandoned village is scary in it’s own right, but it’s the fate of these people that will haunt you long after you leave the area. Knowing these were decent people who tried to live better in a society that’d gone to Hell. They were trying to educate children and give them a chance at “normalcy,” but all of it was wiped away by single open door…

It’s a chilling reminder of the harshness of the world around you in the game, and that the stakes are higher than ever. It’s the kind of storytelling that stays with you long after the credits have rolled and you’ve set the controller down.

And that’s just ONE example. The story also sees us dealing with cannibalistic scavengers, zealots who should be on our side, and confronting the reality of loss in the harshest ways possible. There are many story beats in the game that force you to confront your own fears and continue to linger.

The Gameplay of Terror

If the overall tone and story elements aren’t enough to keep you thrilled, The Last of Us‘ gameplay mechanics are specifically designed to place you in a constant life or death struggle. The style of play itself lends as much to the horror as everything else.

Many post-apocalyptic/zombie, games put you in the role of a lone badass who’s able to handle anything that happens with style and ease (Days Gone). Some games take that aesthetic further by challenging gamers to find the most unique and awesome ways to dispatch your enemies (like Dead Rising). The point being, those are presented more as power fantasies to enjoy–and they ARE fun–but aside from the cutscenes, there’s no sense of your situation being dire.

The Last of Us, on the other hand, makes every enemy encounter feel threatening and significant. Supplies aren’t easy to come by, and going into a situation guns blazing is usually the worst thing you can do. If you play smart and horde your resources, that’s an option near the end of the game, but it’s simply not feasible the majority of the time.

The game forces you to play smarter than that, making you analyze each situation to determine if it’s worth expending resources on or not. After all, there’s no telling when, or where, the next threat will come from.

In my first play through, I remember using up one of my molotov cocktails to quickly deal with a group of human enemies blocking my path. It offered a quicker solution than relying on stealth, but almost immediately after I ran into a handful of infected. With no resources left to craft more molotovs, and not nearly enough ammo to take on the pair of Clickers in the group, I found myself in a serious dilemma.

This constant resource management adds another layer of tension from the mechanical level. More importantly, it put me (the player) in a position of thinking in terms of survival. The panic I felt when facing down the infected, and found myself out of ammo or supplies to craft the necessary weapon, was all too real. Even on my second (and now third) playthroughs, it’s happened a couple times, and the fear remains legitimate.

I know one of the biggest complaints about The Last of Us when it first launched were its simple gameplay mechanics. While they are relatively simple, that’s not the point. The game is designed to make you play differently than you normally do. The system itself is simple and easy to grasp, but how you use it to survive in the hellish landscape provides a lot of depth.

The Last of Us as a horror title hits you from a variety of angles.  From the survival aspect of scrounging for supplies and struggling to make it through every encounter, to the horrifying enemies you face down, and the amazing atmosphere throughout.  All of these elements work towards one goal: to provide genuine and long-lasting thrills and scares based on the experiences you’re put through.

There’s a sense of immersion not present in many other games of this style. I can’t tell you the last time I so thoroughly put myself in the mindset of the characters in order to play through the game, and it manages to hook me every single time. If you’re looking to get spooky and frightened this Halloween season, I can’t think of a better game for you to play. 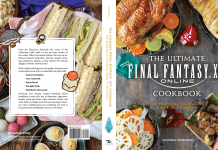