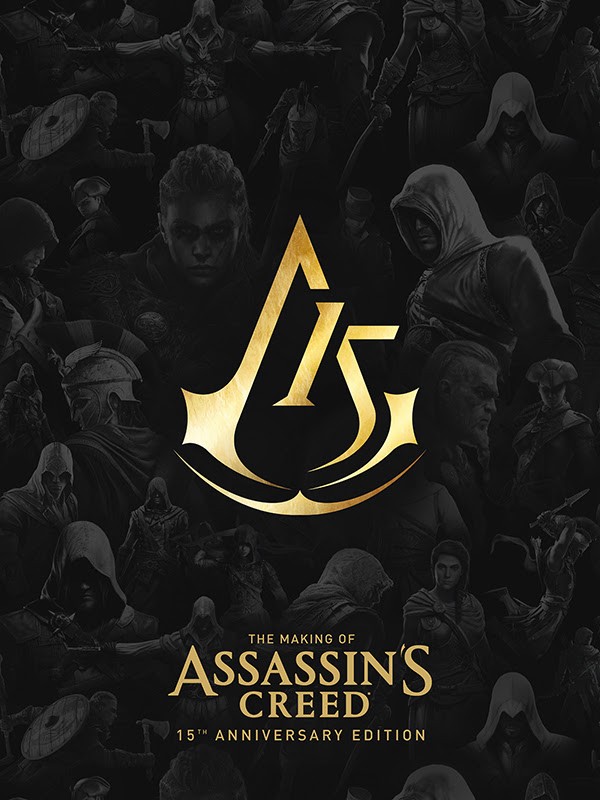 This year, Ubisoft is celebrating the 15th anniversary of their best-selling video game franchise, Assassin’s Creed. One of the ways they are celebrating is by partnering with Dark Horse Comics to take fans behind-the-scenes in a new book, The Making of Assassin’s Creed: 15th Anniversary Edition.

Written by Alex Calvin, ​the book features gorgeous art from over a decade-and-a-half of development, and detailed interviews with the games’ past and present creators. That’s not all, though. There will be two versions of the book, a Standard Edition and a Deluxe Edition. The Deluxe Edition includes an exclusive cover, a protective slipcase, and a folio containing two gallery-quality lithograph prints.

Assassin’s Creed is, without a doubt, one of the most historical AAA game franchises to date. To make a game like it requires tons of research and man-hours to be as accurate as they can possibly be. So, with 15 years worth of content from games like Assassin’s Creed, Brotherhood, Black Flag, Odyssey, Origins, Valhalla, and so much more, this volume will likely be a rich source of info for any AC fan.

The Making of Assassin’s Creed: 15th Anniversary Edition Standard and Deluxe edition will be in bookstores June 20, 2023 and comic shops June 21, 2023. It is available for pre-order now on Amazon, Barnes & Noble, and at your local comic book shop. It will retail for $49.99 for the Standard Edition and $99.99 for the Deluxe Edition.