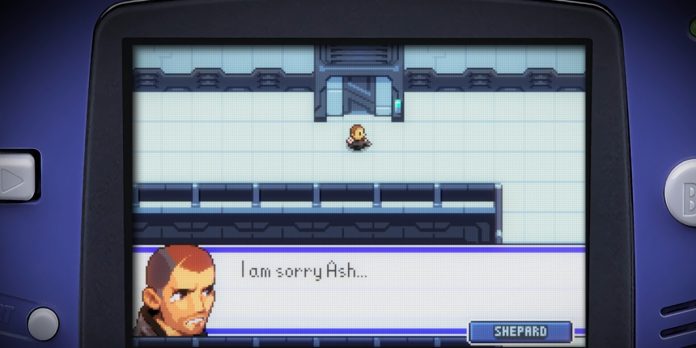 The animation people over on 64 Bits have released a new short, showcasing what Mass Effect might be like if it were made for the Game Boy Advanced…I need it.

No, this isn’t for April Fool’s, I just happened to miss it when the video launched a couple days ago. That said, this is still pretty heartbreaking if only because I can’t play it.

The YouTube channel, 64 Bits, makes a number of awesome looking animated shorts based on gaming. Quite a few of these come in the form of “demakes” showing what certain modern games might look/play like if they originally came out on older consoles.

As a big fan of retrogaming, I’ve always loved the ideas of demakes and seeing what fans can come up with (even though they’re all mock-ups and such). So imagine my joy at seeing this incredible Mass Effect one they recently produced:

Combining two of my favorite games (Mass Effect and Advance Wars) into one is a recipe for greatness. Honestly, it looks like a pretty badass game and I’m just incredibly bummed it doesn’t exist in some form. Hell, if anything this is proof positive a Mass Effect game in this strategy genre could work…so let’s make it happen!