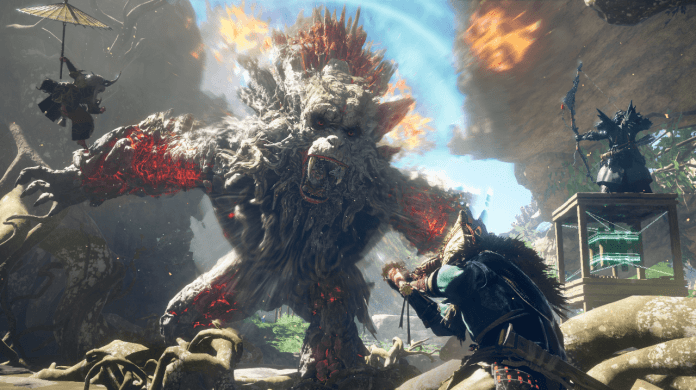 EA Originals and KOEI Tecmo have revealed the first trailer for one of the most unique-looking games we’ve seen a long time, Wild Hearts. A game in which you hunt giant corrupted monsters, invent unique weapons and mechanisms, and do it all within the stunning backdrop of feudal Japan.

WILD HEARTS whisks players away on an epic adventure in the land of Azuma, a fantasy landscape inspired by feudal Japan, where they’ll battle against giant nature-infused beasts called Kemono with the help of Karakuri, sophisticated mechanisms crafted from a lost, ancient technology.

This reveal of Wild Hearts has instantly made a lot of most-anticipated lists for 2023. Along with its beauty and unique gameplay, the game also includes multiplayer capabilities. To be able to fight and craft with friends in this highly unique setting makes the hunt look even more exciting.