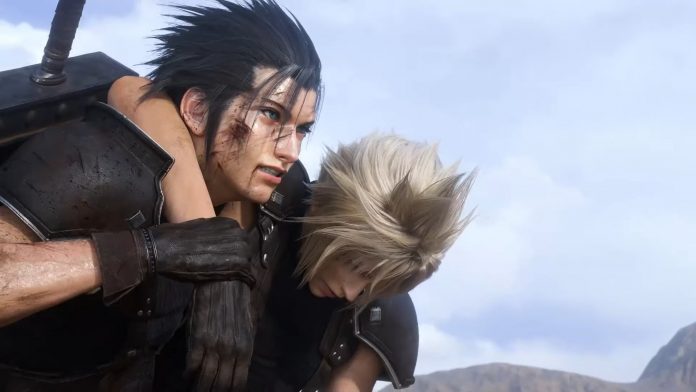 After departing Midgar in Final Fantasy VII Remake, Cloud, Barrett, Aerith, Tifa, and Red XIII are set to explore the vast world of Gaia in Final Fantasy VII Rebirth. In the First Look trailer, it appears as if Cloud is walking in tandem with Sephiroth. Could this be a flashback to when Sephiroth turned? Or could this be something entirely new that fans haven’t experienced. The whole trailer seemed to lean in on the theme of not knowing what’s real and what’s fact that Remake introduced.

It’ll be interesting to see where this second part ends. There are a few places it could end, but if it’s staying with the original storyline it feels like it can only end with Aerith’s big moment. However, the developers seem to keep teasing that maybe it could change, but even that idea could be one big swerve.

Here’s what Creative Director Tetsuya Nomura, Director Naoki Hamaguchi, and Producer Yoshinori Kitase had to say about the reveal:

Final Fantasy VII Rebirth is set to release Next Winter exclusively on PlayStation 5. It is worth noting that they didn’t specify Winter of 2023 or Winter of 2024. So, stay tuned.

The first game, Final Fantasy VII Remake, is available now on PS4/PS5 and PC via the Epic Games Store. It releases on Steam tomorrow.