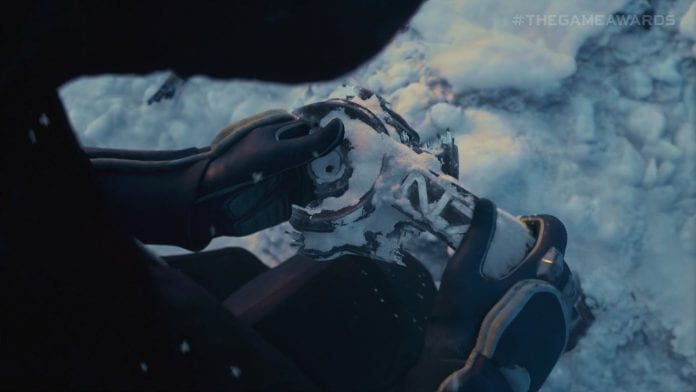 The final world premiere at this year’s The Game Awards had fans on their feet (in their homes) with our first tease of the new Mass Effect game!

Not going to lie, I’m kind of in shock. For one, I’m reeling from the sheer amount of amazing news slung our way. Secondly, Mass Effect is one of my favorite gaming series and I can’t believe they’re already giving us a brief teaser.

The new game was announced last month for N7 Day, but getting to see SOMETHING from it (even this brief glimpse) is giving me all the hype:

Hard to say what’s going on here, or gather many clues, but based off what we see, it sure feels like this new game picks up from the original trilogy and not Andromeda. To me, it almost looks like a downed, snow-covered Reaper the character is climbing on. Could she be finding the remains of Commander Shepard’s gear? Not to mention the text at the end says, “Will Continue” implying it’s picking up on a story.

Still no title, and we’re undoubtedly a few years away from launch, but that’s not going to stop me from flailing around. Especially since they also gave us a new Dragon Age trailer tonight as well!