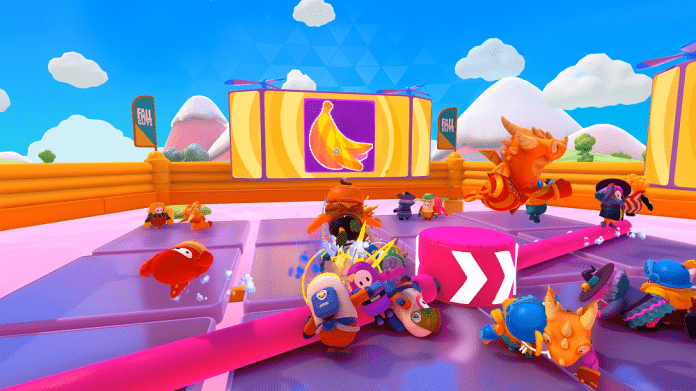 The Season 2.5 Update includes new round variations, game improvements and a new round titled “Big Fans.”

“Take the teetering tension of See Saw, but fill it with rapidly rotating blades and an unhealthy amount of opportunities for dive jumps. This sky-high race leaves little room for manoeuvre, with our scientists declaring an officially unsafe bean per blade ratio, meaning careful jostling is strongly advised,” developers said about the newest round to be added to the game.

Players may also come across what appears to be the famed Big Yeetus, but may be confused by the small size of the hammer. Have no fear, that’s just Lil Yeety who will crop up in mischievous places just like its large counterpart.

“The chaos of Season 2’s medieval madness has extended to classic Fall Guys Rounds in a right old medieval mix up!” developers said. “From today, players will experience a huge range of Round remixes which turn expectations and well-trodden routes upside down!”

Fall Guys: Ultimate Knockout is available to play on PlayStation 4 and PC.