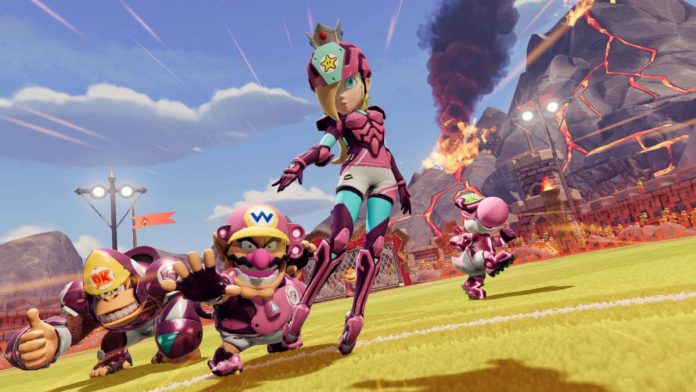 Nintendo has released a new gameplay trailer for Mario Strikers: Battle League, going over the new (and returning) gameplay features.

With just a few weeks to go before launch, Nintendo is offering gamers a fresh look at Mario Strikers: Battle League, which looks all sorts of intense:

In Mario Strikers: Battle League, players can select among familiar faces from the Mushroom Kingdom like Mario, Peach, Donkey Kong and Toad, and play locally* with up to eight players or take on the competition online!** Players can use a Team Tackle to help a teammate cover extra ground or knock down opponents. Or snatch a Strike Orb to try to unleash a Hyper Strike for two points. Strike has no fouls – so you can make the other team wish they never crossed cleats with you!

The rules may be non-existent, but protection is paramount. While the game is easy to pick up and play, players can deploy deeper strategies by donning flashy gear that can be equipped to boost their stats, which will vary between characters, including increased speed and shooting for more scoring potential, or up their strength to resist tackles. Each character also has their own signature Striker Style to discover.

Once you’re geared up, gather your fearsome friends together in the online-only Strikers Club mode! In this mode, you can create your own club with up to 20 strikers or join an existing one, then compete against other clubs to gain points and shove your way up the rankings each season. Club owners can customize their club’s uniform and will also earn tokens after each match, which can be used to customize the club stadium. It’s enough to make Yoshi’s feet flutter! 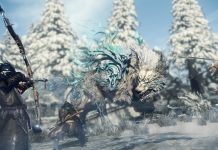 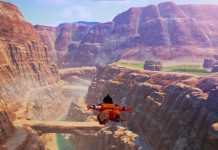