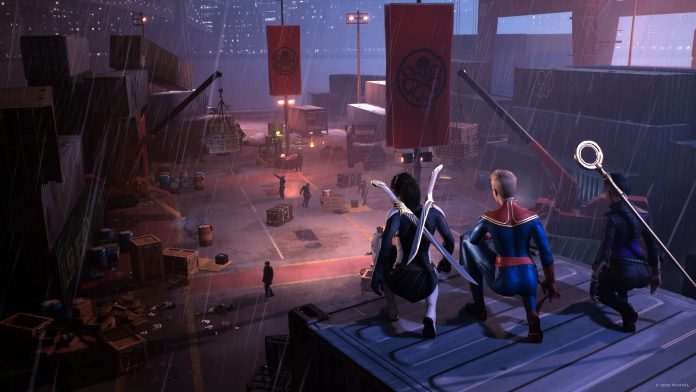 During Summer Game Fest, 2K and Firaxis showed off a new trailer for Midnight Suns, revealing Spider-Man joining the roster and an October release date!

After a bit of a quiet period, today brings an update on the upcoming Marvel strategy title, Midnight Suns. On top of a new cinematic trailer, they also announced the game will be arriving on October 7, 2022:

When the demonic Lilith and her fearsome horde unite with the evil armies of Hydra, it’s time to unleash Marvel’s dark side. As The Hunter, your mission is to lead an unlikely team of seasoned Super Heroes and dangerous supernatural warriors to victory. Can legends such as Doctor Strange, Iron Man, and Blade put aside their differences in the face of a growing apocalyptic threat? If you’re going to save the world, you’ll have to forge alliances and lead the team into battle as the legendary Midnight Suns – Earth’s last line of defense against the underworld.

With an array of upgradeable characters and skills allowing you to build your own unique version of The Hunter, you will choose how to send Lilith’s army back to the underworld.

Marvel’s Midnight Suns will allow you to:

Unleash the Darker Side of Marvel. Rise up against Lilith and her underworld army as you experience a deeply personal story that puts you at its center as The Hunter, the first customizable original hero in the Marvel universe. In the face of fallen allies and the fate of the world at stake, it will be up to you to rise up against the darkness!;

Lead Heroes from Across the Marvel Universe. Fight fire with hellfire and lead an unlikely team of seasoned Super Heroes and dangerous supernatural warriors across The Avengers, X-Men, Runaways, and more. Resist Lilith’s corruption and confront Fallen versions of some of Marvel’s most iconic and powerful characters, including Venom, Sabretooth and even the Hulk!;

Fight, Think, and Live Like a Super Hero. From legendary studio Firaxis Games comes a deep tactical RPG where you fight and strategize like a Super Hero! Create the perfect squad and customize their abilities, unleashing skills and attacks to devastate the battlefield. Live the Super Hero life in the Abbey, your very own mystical secret base, and strengthen personal bonds outside the field of battle.

The Standard Edition will be available for $59.99 on PlayStation 4, Xbox One, and Windows PC via Steam and Epic Games Store. It includes the base game;

The Enhanced Edition will be available for $69.99 on PlayStation 5 and Xbox Series X|S. It includes a next-gen optimized version of the game for next-gen consoles and five premium cosmetic skins;

The Legendary Edition will be available for $99.99 on PlayStation 4, PlayStation 5, Xbox Series X|S, Xbox One, and Windows PC via Steam and Epic Games Store. It includes 23 premium cosmetic skins, as well as access to the post-launch Marvel’s Midnight Suns Season Pass.