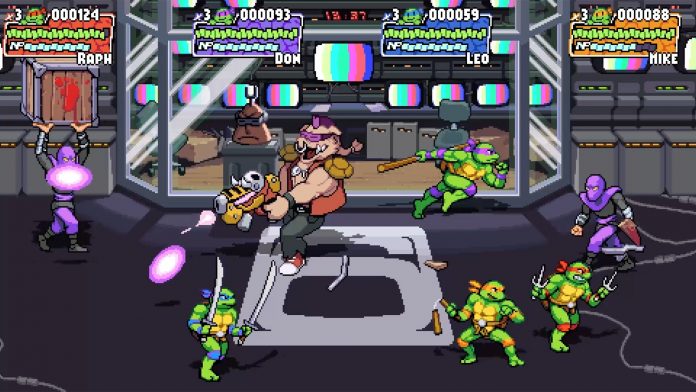 The developers behind TMNT: Shredder’s Revenge released a new trailer for the game, showing Casey Jones’ addition to the action. Oh and a release date for NEXT WEEK!

We won’t have to wait much longer to get our hands on Shredder’s Revenge, as the developers revealed a release date during today’s Summer Game Fest presentation: June 16th. Yes, June 16th as in next week’s June 16th!

On top of that bit of awesomeness, they also showcased a new trailer, revealing Casey Jones as an unlockable character and a 6-player multiplayer mode:

The bombshell announcement also revealed the first look at Teenage Mutant Ninja Turtles: Shredder’s Revenge’s 6-player multiplayer. Teenage Mutant Ninja Turtles: Shredder’s Revenge’s enemy groups scale in size based on the number of players kicking shell, making 6-player multiplayer a totally intense showdown against Shredder’s minions. Piling friends on the same couch isn’t the only way to play together; online multiplayer for 2-6 players has been confirmed, with heroes able to drop in and out of play at any time.

“The childhood dream shared between Dotemu and Tribute Games that ultimately became TMNT: Shredder’s Revenge is almost 30 years in the making, and in just a few days, we’ll invite fans back to the TMNT beat-em-up legacy to kick shell in an all-new game,” said Cyrille Imbert, CEO of Dotemu. “This all truly feels surreal.”

“Teenage Mutant Ninja Turtles: Shredder’s Revenge merges elements of the classic cartoon, games and toys to create an ultimate celebration of a cast of beloved heroes,” said Tribute Games Co-Founder Jean-Francois Major. “This game is both a tribute to an incredible era of TMNT as well as the spectacular community that’s kept this stage of the series active through their love for classic TMNT.”