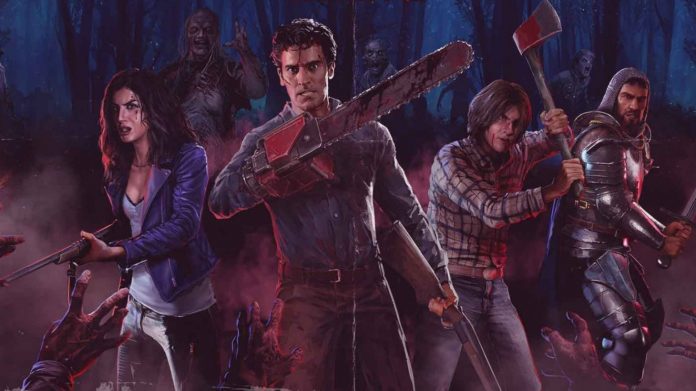 In just under a week, we finally get to use our “Boomstick” and take out all the undead we want! Until then, Saber Interactive has decided to wet our pallets with not gameplay this time, but one of the sickest musical collabs we could ask for.

Recently, Saber Interactive reached out to Method Man and Statik Selektah to make a track that would be so fire it would raise the dead! Method Man is known for his love of horror films and I can tell you that this track set the mood for Evil Dead: The Game perfectly! Below, you can listen to the track as well as check out the latest gameplay for the title.

Evil Dead: The Game is available to pre-order now for release on May 13, 2022, on PC via the Epic Games Store, PlayStation®5, Xbox Series X|S, PlayStation®4, and Xbox One.

Method Man’s love for horror movies and the Evil Dead is well known, with multiple lyrical references over the years dating back to his classic “Dead by Dawn!” reference on 1999’s “N 2 Gether Now” with Limp Bizkit. The makers of Evil Dead: The Game reached out to Statik Selektah and Method Man to collaborate on an original song, and their response was pure fire emojis. The duo set off to create a proper Evil Dead banger in honor of the game’s over-the-top action, bloody ‘boomstick’ gunplay, and ghastly Kandarian Demon banishing.