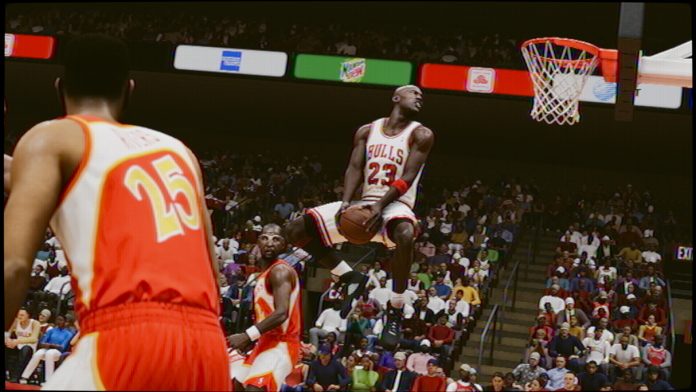 This morning, developers revealed the details on The Jordan Challenge in NBA 2K23, marking the return of the gameplay mode in over a decade.

NBA 2K23 will allow players to relive some of Michael Jordan’s most iconic moments throughout his career thanks to the return of “The Jordan Challenge.” Consisting of 15 different playable moments, it’s something diehard fans will certainly want to try and recreate:

“The Jordan Challenge is an immersive experience unlike anything NBA 2K fans have seen, completely rebuilding the challenges from 2K11 and adding five new moments,” said Erick Boenisch, VP of NBA Development at Visual Concepts. “Our team took everything into consideration when constructing this game mode; the arenas, the players, the uniforms, the broadcast, and the play style of the era have been accounted for in an effort to give fans a truly authentic and unique playable Jordan experience.”

Experience a breathtaking recreation of a bygone era, from the 1982 NCAA National Championship to the 1998 NBA Finals. Each challenge features a pre-game interview with a luminary who was a part of what made every game special;

A complete presentational package including an intricately designed video filter system that recreates the television experience of these games as they were originally broadcast during the 1980s and 1990s, showcasing the look, feel and sound that take players back to the original game;

Key gameplay changes to fit the era, such as a heavier focus on the post and mid-range game and reworking the transition game for the 1980s feel, including tighter transition lanes and more players cutting to the basket with a numbers advantage, as opposed to the spotting up for three you see in today’s NBA;

More physicality modeled on the floor and in the paint, along with new signature style upgrades for classic greats like Magic Johnson and Larry Bird, featuring all-new jump shot, layup and dunk packages;

Hand-checking and hard-hitting body-ups for a different feel to the one-on-one battles with accurately represented regulations that mirror the 1990s basketball era, like the Detroit Pistons “Bad Boys” with their famous “Jordan Rules” and more.