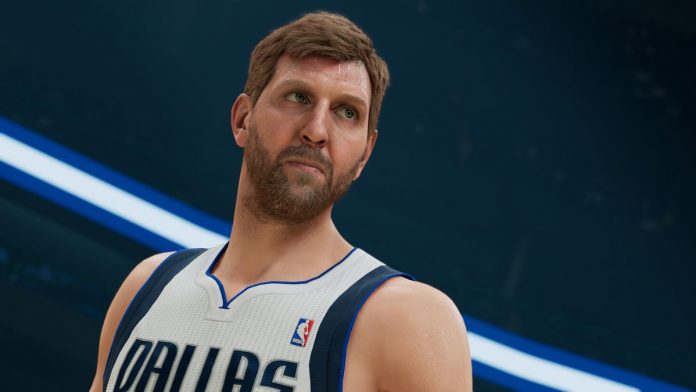 NBA 2K22 developers revealed updates coming to gameplay, seasons, MyTEAM and MyCAREER on the same potential last day of the 2021 season as the Milwaukee Bucks are up 3-2 against the Phoenix Suns.

On-the-court gameplay is getting some key improvements on offense and defense.

Developers said the players ability to break down defenders off the dribble with new signature moves and combos, precision jump shooting, dunking in traffic and pulling off alley-oops will be skill-based and that basketball IQ and stick skills will play a huge role.

On defense, players will experience a “completely revamped” shot contest and block system that will highlight an arsenal of new defensive tools. Developers said that playing suffocating defense on the perimeter and in the pain has never felt more rewarding.

MyTEAM, MyCAREER and The W will be free to all players on PlayStation 5 and Xbox Series X|S. Seasons will introduce players to a new way to level up MyPLAYER and earn prizes in the City and Neighborhood.

Players will be building the “winningest franchise” through team management — and that includes off the court. Developers said more news on MyNBA and MyWBNA will be shared in Early September.

Developers said more details on the expansion of Seasons will be revealed in August, but teased that players will be getting a new original game mode during the holiday season.

MyTEAM will expand as new Seasons drop, but at launch, players can expect the Draft to return to allow players to select a great lineup from a constantly updated pool of players.

“The biggest online basketball community gets two very different makeovers in NBA 2K22,” developers wrote in a blog post. “PS5 and Xbox Series X|S 2K22 players will step up and hoop in an all-new version of the City; PS4, Xbox One, Nintendo Switch, and PC 2K22 players will compete while setting sail for the high seas. Take your best MyPLAYER builds and express yourself through both your game and your style in each unique online experience.”

Next-gen players will get to experience the City that is teeming with life, activity and interactivity.

“Step into an all-new City teeming with life, activity, and interactivity. NPCs (non-playable characters) populate the fresh City layout, while MyPLAYERs from all over the world compete in the highest level of playground basketball. An all-new Quest system for 2K22 engages MyPLAYERs with creative content while offering new ways to level up and earn rewards in this reenvisioning of the PS5 and Xbox Series X|S basketball communities,” developers wrote.

New and quicker matchmaking options will be available to next-gen players when MyPLAYERs enter select matchmaking buildings in the City to get queued into immediate competition.

A new Neighborhood awaits current-gen, PC and Switch players on the 2K Cruise.

“On the PS4, Xbox One, Nintendo Switch and PC platforms, NBA 2K gamers will show out and compete in an all-new, dedicated basketball community – a Neighborhood built on the spacious decks of a sailing cruise ship,” developers wrote. “Explore and hoop in nautical luxury, and when the cruise docks in exotic locales throughout the Season, make your way to the Excursion counter to participate in shoreside Events – all taking place completely off the ship!”

Developers said more news on the City and Neighborhood will be announced in September.

Next-gen players will have access to two new aspects of MyCAREER including Hidden Talents and No Place Like Home.

“In NBA 2K22, dreams and ambitions in MyCAREER stretch beyond the hardwood floors; players can now pursue side ventures to build a profile in lucrative and trendy spaces. Brush up against the fashion world, where the art of promotion will drive your success as a mogul. Or get involved in the hip-hop business, where your music talent opens up an intriguing lane in the industry,” developers wrote. “Moving up in the professional world means expanding your home lifestyle. Central to your MyCAREER narrative and progress, your personal hub represents your place in the journey to the NBA. As your profile and ambitions level up, so, too, will your home base in the City.”

We got a first look at the cover options for 2K22 last week and it appears news will continue to drop until the game launches Sept. 10.