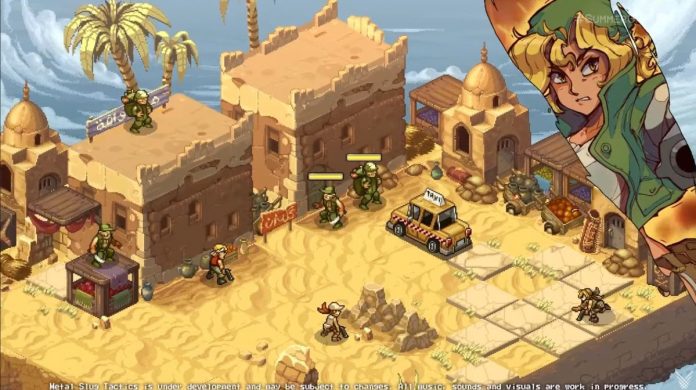 Today brings a brand new look at Metal Slug Tactics, a game I’ve pretty much been obsessed about since its reveal during the Summer Game Fest. It also brings the great news that the game will also be launching on the Nintendo Switch whenever it arrives next year:

The announcement brought new footage of frontline powerhouses Marco, Eri, Fio, and Tarma rolling out to battle from a headquarters packed with nods to the long-running series’ history. The team returns with their signature arsenal – including the reliable heavy machine gun and devastating SVX-15D Slugnoid mech – as they face down fresh tactical fights.

It’s good to know the game still looks amazing, and I can’t wait to get my hands on this next year. Between this and the Advance Wars remake I’m going to be in hog-heaven.