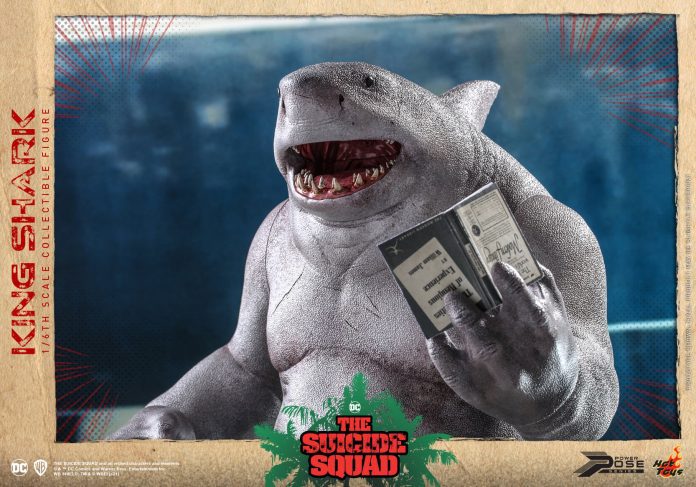 Hot Toys has revealed a brand new figure based on The Suicide Squad‘s version of King Shark, which includes his reading material.

I am all about King Shark. Call me a ‘stan’ if you will and I won’t argue. From his amazing appearance in the Harley Quinn and his latest appearance in James Gunn’s The Suicide Squad, I love that crazy shark-man. As such, I find myself in dire need of Hot Toys’ newly announced figure:

This movie-accurate collectible figure stands approximately 13.98″ tall, and features a semi-articulated body with movement in the arms, wrists, and waist. This beautifully sculpted and painted figure captures all the minute details and varied textures of Nanaue’s rough skin, and is supplied complete with two swap-out hands for additional posing and display options, as well as a pair of specially tailored pants and King Shark’s book.

Pre-orders for King Shark ($220) have started now, so head over to Sideshow to secure yours!