Over the past few years, there has been a big push for games that let players create games of their own. Games like Dreams and the Super Mario Maker series are just two of the most recent. Nintendo is now set to release a brand new iteration for this genre, but this time it wants to teach you how to become a Game Programmer.

This is Game Builder Garage.

With this new software, kids and parents and everyone in between can have fun learning to create and share their very own video games. By connecting colorful creatures called Nodon, anyone can enjoy learning how to create their own game through fun, guided lessons that cover the basics of visual game programming – and no prior experience is necessary!

As the PR blurb above states, Game Builder Garage features fun creatures called Nodon. The game includes several variations of Nodon, each with their own specific function for making the game you want to build possible. The trailer above shows several of these Nodon in action from button layout, movement, environments, and so on. With so many Nodon and our imagination, there are limitless possibilities to the games we’ll be able to make and play.

However, it may not be so easy to do when you first start. That’s why Nintendo has included several lesson modes to help you on your way. Game Builder Garage will also include a Free Programming mode to take off the training wheels and let you build and share your own unique game. Additionally, it’ll also let you view and players others. 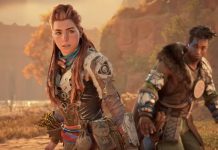