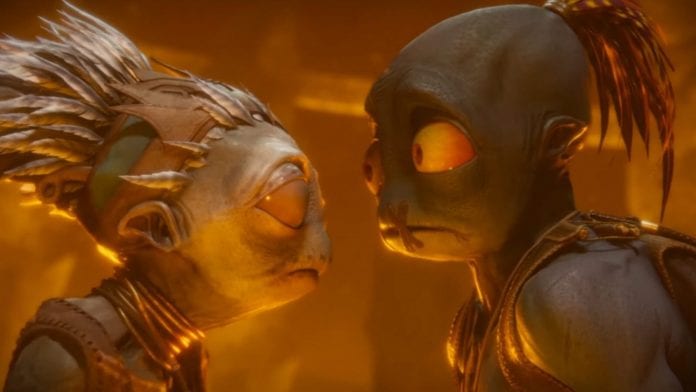 During Sony’s PlayStation 5 event, a brand new (gorgeous) trailer for Oddworld Soulstorm was revealed, showcasing plenty of gameplay and action.

Abe has been on quite the journey throughout Soulstorm’s creation, let alone saving his race from becoming conveniently packed snack products! What Oddworld has promised Soulstorm to be has ballooned out of control and all of that effort and hardwork from the team culminates in the absolute chaos of their new trailer. So strap in, because you’re in for an odd one.

Oddworld Soulstorm is a timed exclusive on the PS4 and PS5 and is set to release on other consoles once that time of exclusivity is up. This is nothing new for Oddworld, having released their last game, Oddworld New ‘n Tasty, on PS4 first and later releasing the game on just about every system you can think of.

With Soulstorm becoming a bigger and better game than I think Lorne Lanning (creator of Oddworld) had originally planned, there have been many delays and fans have gobbled up any shred of information they could get. As a life-long fan myself, this trailer is sustenance for the soul.

This isn’t the first trailer released for Soulstorm, but  this is the first reveal of what Abe will look like in action in the series’ new style. Seeing him finally return in a whole new adventure brings tears to this fanatic’s eyes. And I cringed watching him remove the stitches in his lips which have always been with him. He is finally shedding his mark as a slave and I cannot wait to see Abe as a purposeful revolutionary! Keep up the hard work, Oddworld Inhabitants!