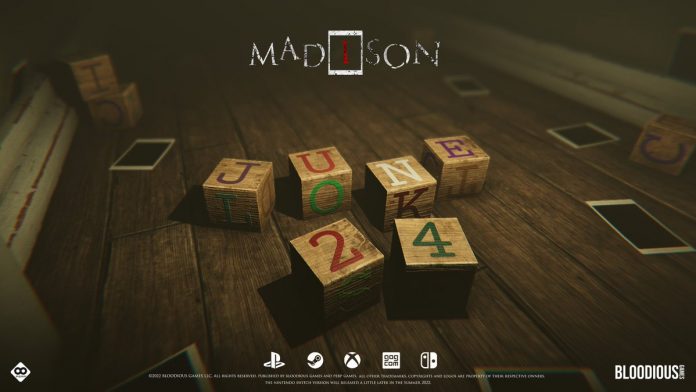 We have been getting a lot of great horror games lately, but one that has been on my list for some time now is Madison, an indie horror game coming later this year.

The game will be released June 24th of this year on PC (Via Steam), PS4, PS5, and Xbox Series X/S. The Xbox One and Switch versions will release at a later date due to some technical work still needing to be done.

The cool thing is the game will be released digitally across all platforms, but on PS4/PS5 you can pick up the “Possessed Edition,” which is a special edition physical copy of the game. The special edition will include the physical copy, an artbook, and access to the games possessed camera skins, which will also be sold separately for $1.99.

The standard edition of the game will cost $29.99, and the Possessed Edition will cost $39.99. Currently pre-orders for the physical copy of the game are not announced, trust me I asked on Twitter, but will be revealed soon. The developers do promise all regions will be seeing a release.

Those on Steam can go wishlist the game now, and also try a quick demo. The game reminds me a lot of Fatal Frame with the main character utilizing a possessed camera to survive. If that doesn’t peak your interest I’m not sure what will!