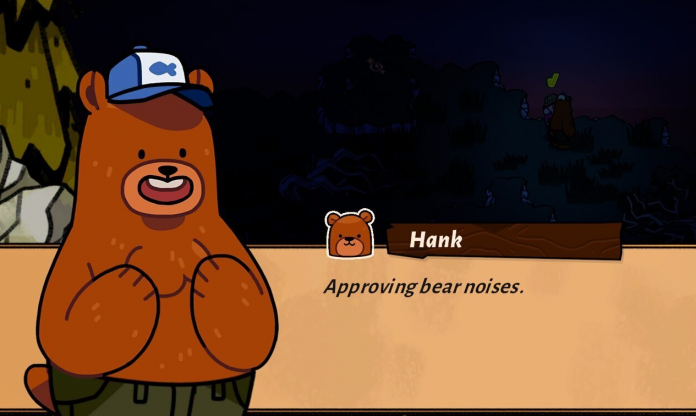 Bear and Breakfast brings the best aspects of what I feel are the strengths of indie games — captivating art, soulful music and a unique take within a popular niche genre of entertainment.

That’s not to say that management simulation is a small market nor a new genre, with the huge success of games like Roller Coaster and Zoo Tycoon in the late 1990’s and early 2000’s. Life simulation games, similarly, have a long history for a niche genre (looking at your Harvest Moon/Story of Seasons) that has seen a meteoric rise in indie development thanks to the success of games like Stardew Valley (which has become an interesting barometer for cozy games even its not necessarily the most nuanced comparison).

Instead, developers pulled more inspiration for the management aspect from the aforementioned Tycoon games as well as Theme Hospital. In Bear and Breakfast, players manage a sprawling resort of bed and breakfasts.

Bear and Breakfast is cozy and include conflict of nature vs. capitalism, but that is where its similarities with Stardew end. Instead, the game puts you in the paws of Hank the Bear and together you will dive head first into trying to entice humans back for one basic necessity: trash. Sweet, sweet trash that feeds the fair friends of Timber Crossing and the areas around it.

The way you accomplish this goal is by building out Timber Crossing and the areas surrounding it into a cozy paradise. Players will design and build bedrooms, but also other facilities like bathrooms, utility rooms, dining rooms, distilleries, and specialty amenities like campgrounds, movies theaters and lounges. Use trash thoughtfully dropped by your customers to trade for decadent decorations to increase the quality of your guests’ stay or hand-craft furniture and décor using items foraged every day.

The game starts simple with an introduction to Hank, his mom and his friends. Mom sends Hank and company off on an errand that takes them to the now-defunct Timber Crossing that only contains remnants (read: trash) of the humans that once stayed here — with the exception of a few people.

You are quickly convinced that you can have a career in refurbishing and managing the resort at Timber Crossing and through a series of quests by Pawn Voyage, you will book your first guest. Pawn Voyage quickly sees Hank’s potential and expands the number of resorts to be managed across the map. As you progress, you will gain access to a wide variety of furniture and decor recipes to help raise your resort’s prestige.

The start of the game is slower paced and there are not any real consequences for renting out simple rooms, but picks up in steam as Pawn Voyage becomes more demanding. Eventually, Hank will be responsible for not only building the lodging and facilities, but also eventually with stocking the fridge.

Players will have a home customization system similar to that of The Sims without being able to change the size or location of the building itself. Players will partition space within the refurbished resort to create different types of rooms that have a variety of room requirements. Eventually, you can stock the room and walls with as much as will fit.

Through a card-based mini-game, Hank will serve up some yummy dishes using foraged ingredients from around the map. Players will need to build the kitchen as well as craft the necessary facilities in order to actually cook. Once built, players will have access to their unlocked recipes as well as the unlocked cooking methods i.e. Level 1 cutting board allows you to include raw ingredients but not chopped. As you upgrade your facilities and purchase new recipes, you’ll be able to bring your menu offerings to new heights.

At a certain point, Hank can choose to automate many of these responsibilities, but that is up to players. You do have to pay your handsome concierge if you want to utilize his booking services, so keep that in mind. Some players, myself included, enjoy the monotonous joy of completing the daily tasks, so this gives players a chance to optimize the late game to suit individual tastes.

The management aspect of the game may be the core gameplay loop, but Bear and Breakfast’s many systems are wrapped up in a nice, witty package with the game’s story.

Bear and Breakfast has a wonderful and rich cast of characters, with their own distinct voice and contribution to the overall plot of unraveling the mysteries of the forest in which you live. Hank’s old and new friends all have a distinct voice and I greatly appreciated all of their interactions.

As you progress through the story, Hank’s relationships with all of his new and old friends develop (regardless of whether they speak bear or not). The cast of characters is encapsulated in the game’s artfully adorable and gorgeous art direction. Gus is a break-out and obvious nominee for best supporting character, but I have to note my love for one very charming genre of character: the smol ones. There’s nothing like a bird wearing a hat or a haughty mouse that makes me happier in this world.

The game is not only visually beautiful, but also in sound. The soundtrack of the game was designed to capture ‘cozy nature’ and the game’s composers did just that. You can take a deep dive into the sound of Bear and Breakfast here:

There are a couple of quality of life upgrades that I feel would really benefit the game (and may be something in the works), but nothing that seriously detracts from the gameplay. Nor did I run into any game-breaking bugs, but did have a couple issues here and there that a quick reload didn’t fix.

I, unsurprisingly, fell in love with this game the moment it was shown during the Day of the Devs Summer Game Fest showcase last month. I got the chance to play at Media Play Days a few days later and knew I would be hooked.

Gameplay tips that you may not need, but made me facepalm when I realized them: 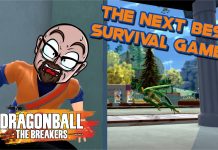 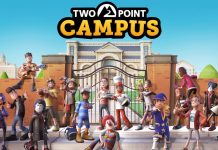 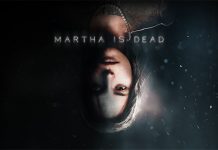