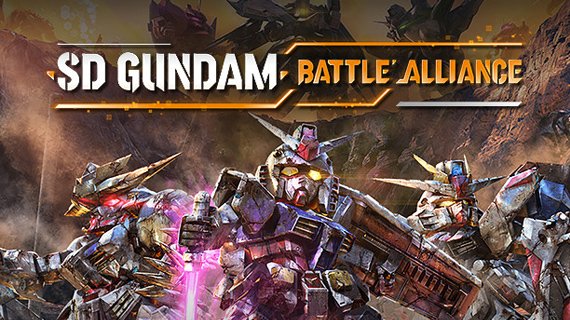 Bandai Namco announced a new Gundam game and you can pre-order today!

Bandai Namco announced a new Gundam game will be released August 25th. The game will feature cover the history of Gundam and players will see iconic battles and scenes from the anime franchise together in one game.

SD GUNDAM BATTLE ALLIANCE is a first-of-its kind Gundam experience with stylish visuals, fast-paced single or co-op play, and a space-time bending storyline that brings together favorite characters and mechs from across the Mobile Suit Gundam universe. In the game, players must join forces to correct a distorted world, overcoming rifts in time known as “Historical Breaks” to restore the true timeline of every Gundam series. Each mission features single and multiplayer action, allowing up to three players to work together to progress through the game. SD GUNDAM BATTLE ALLIANCE also features a progression system where players must develop, enhance, and reinforce their Mobile Suits with blueprints acquired during the course of their missions. Gameplay is fast-paced combat and massive battles using a variety of melee and range attacks, different combos, and charge-based special attacks for each Mobile Suit.

If you pre-order the game there are a bunch of bonuses you can get. Digital pre-orders of the game include the Deluxe edition which includes the core game and season pass.

The game will release for all current consoles and PC via STEAM. You can pre-order on the official website.