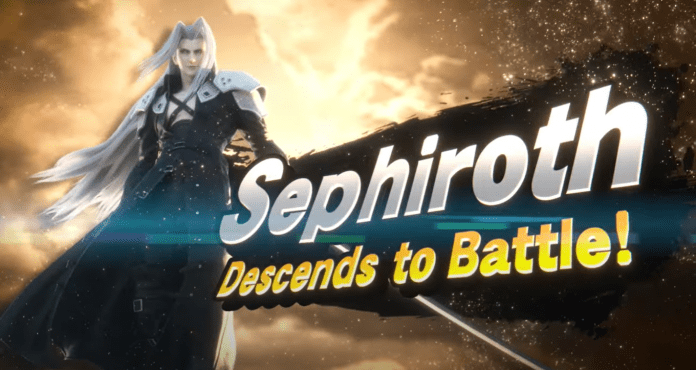 A few days before The Game Awards, Nintendo and Super Smash Bros. Ultimate announced that the newest character joining the mash-up fighter would be revealed at the annual event. To kick off The Game Awards, they made good on their word by revealing the most iconic villain in the Final Fantasy series, Sephiroth.

Sephiroth looks like an absolute monster in Super Smash Bros. just as he should be. He’ll join his rival and only other representative of Final Fantasy, Cloud, for what we can only assume will be epic confrontations the likes of which were only seen in Final Fantasy VII.

Previous Fighter Pass Vol. 2 members are Steve, Alex, Enderman, and Zombie from Minecraft and ARMS‘ Min Min. Director Masahiro Sakurai said in an earlier direct that all six characters in Vol.2, as well as new stages and music, will be released for Ultimate by Dec. 31, 2021.