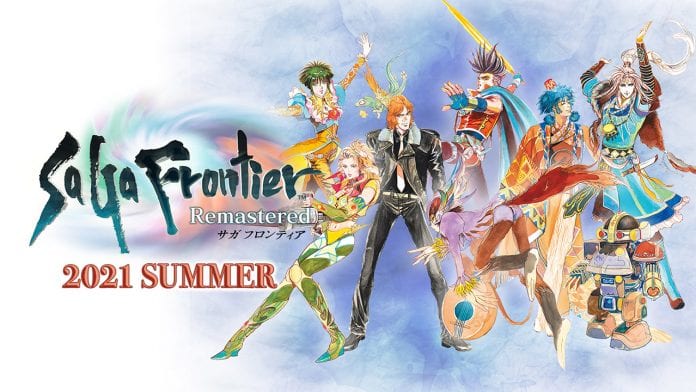 Earlier today, Square Enix announced that the classic Playstation game SaGa Frontier is receiving a remastered release in the summer of 2021.

Originally released in 1997 on the original Playstation, Square Enix announced that they will be releasing a remastered version of SaGa Frontier in the summer of 2021. SaGa Frontier Remastered will be available for the Playstation 4, Nintendo Switch, iOS, Android, and PC via Steam.

A special announcement was released on YouTube and can be seen below:

The plot of SaGa Frontier takes place in a science fantasy universe called “The Regions”, a group of worlds with varying degrees of culture, unique races, technology, and magic. The game allows the player to follow the exploits of one of seven protagonists, each with his or her own storyline and goal.

SaGa Frontier Remastered will introduce a new eighth protagonist named Fuse, as well as brand new events and cutscenes not seen in the original version of the game. The game will be available in the Summer of 2021.