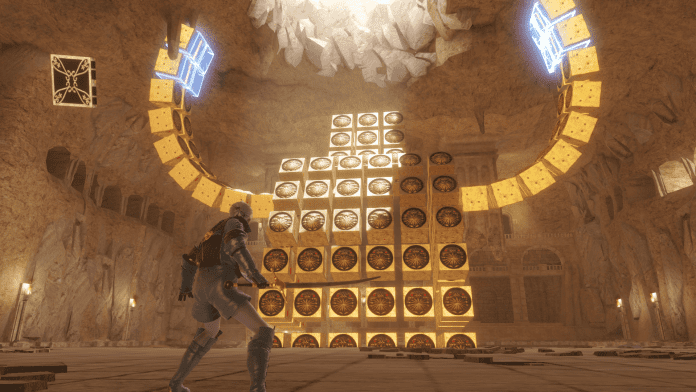 The 9-minute video shows our protagonist, the warrior Kainé, and the magical tome Grimoire Weiss visiting the Barren Temple. It features some excellent combat and movement mechanics. Take a look…

NieR Replicant ver.1.22474487139… is a modern re-telling of NieR Replicant, a third-person action-RPG which originally released in Japan in 2010, and is the highly anticipated prequel to NieR:Automata™, the post-apocalyptic action-RPG that has shipped/downloaded over 5 million copies worldwide. Players are invited to experience a dark, apocalyptic world as they join a brother’s captivating quest to cure his sister of a deadly disease – a quest which will in turn make them question everything.

In addition to the gameplay video, Square Enix also released several videos for re-arranged tracks from the original NieR Replicant. All tracks released today will be part of the special Soundtrack CD Set included in the limited White Snow Edition of the game.