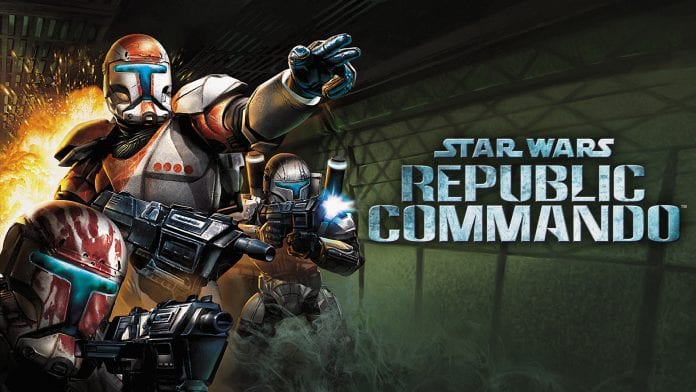 Aspyr Media announced this morning that Star Wars Republic Commando is headed to the PlayStation 4 and Nintendo Switch for the first time on April 6.

“Republic Commando is a fan favorite, and nobody knows that better than Aspyr. Trust me, we’ve read many, many, many tweets and comments requesting it. We’re happy to say that your requests will finally be answered,” Mallie Rust, Marketing Specialist at Aspyr, said in a post on PlayStation’s blog.

Gamers will take on the role of Delta Squad Leader RC-1138, known as both “Delta Three-Eight” and “Boss.”

“In Star Wars Republic Commando, you’ve got your trusty blaster rifle and your squad of elite clone troopers at your side. The game adds a tactical layer to the first person shooter genre with squad commands,” Rust wrote. “The squad is your weapon, especially when you call the shots with maneuvers. Sure, your squadmates can maintain formation and execute tactics on their own, but the key to success is directing your squad to victory.”

Rust said that those who may not have played Star Wars Republic Commando when it first launched in 2005 might still recognize the Delta Squad from Star Wars: The Clone Wars (in the episode Witches from the Mist).

“Of course, that’s not the only connection Delta Squad has to the Star Wars universe at large. Boba Fett, Jango Fett, and fearless Delta Squad leader Delta Three-Eight have all been voiced by Temuera Morrison, who recently reprised the role of Boba Fett in season two of The Mandalorian,” Rust said.

Developers said the game is a faithful recreation of the game with updated controls and players will have plenty of new trophies to hunt on the PlayStation version of the game.

“As you make your way through the game’s you’ll earn trophies for everything from completing campaigns to fending off droids. My personal favorite is Squeaky Clean, which you can earn by keeping your tactical visor (you guessed it) squeaky clean,” Rust said.