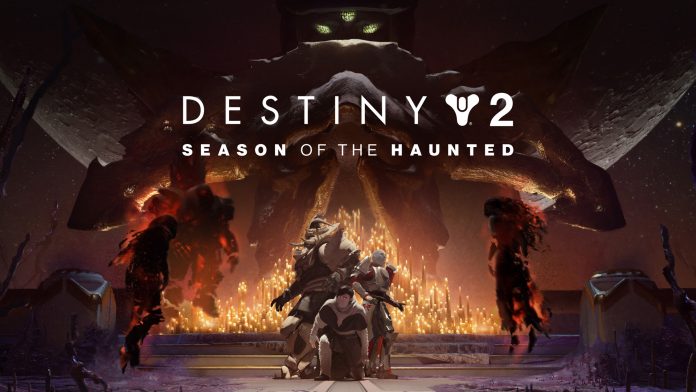 The next season of Destiny 2, Season of the Haunted, arrives tomorrow and Bungie is giving players a look at what to expect when the Leviathan returns.

The new season of Destiny 2 is almost here, and will allow players to become the Reaper (wielding a scythe and everything!), plus a whole lot more. Take a look at everything to expect:

Once a symbol of ultimate luxury, the Leviathan returns corrupted and derelict to contact the Moon’s dormant Pyramid ship. As the connection with the Pyramid forms, Nightmares of the past awaken and threaten to torment any who dare intervene.

Season of the Haunted comes with more activities and content for all players:

Nightmare Containment (free for all players) – Evil resonates within the hull of the emperor’s wretched vessel. Summon the challenging Nightmares and cleanse them with fire.
Sever – Navigate the Leviathan’s labyrinthine Underbelly, uncover the truth behind Calus’s sinister plan, and sever the Nightmares he controls.
Solar 3.0 (free for all players) – Solar becomes the latest subclass to receive a complete redesign empowered by the ultra-customizable Aspects and Fragments system. Light the flames of creativity, discover new builds, and prove that there’s never a bad time to fight fire with fire.
Trespasser Exotic Sidearm (free for all players) – Returning from the original Destiny, wield Shiro-4’s Exotic Sidearm and let lightning flash across the tarnished gold of the Leviathan’s twisted halls. Season Pass holders can unlock this weapon instantly.

New to the Eververse store is the Season of the Haunted Silver Bundle, giving Guardians the Paper Windmill emote and 1,700 Silver (1,000 + 700 bonus Silver), which can be used to purchase Seasons, cosmetics, and more.

Later this week: Launching this Friday at 10 AM PT is the first of two dungeons included in The Witch Queen Deluxe Edition. Anyone who owns that version of this year’s expansion will be able to play the new dungeon as well as the upcoming dungeon in Season 19.

For players who only want access to the two Year 5 dungeons, Bungie is also selling The Witch Queen Dungeon Key. This can be picked up in-game for 2,000 Silver.

The secrets that the new dungeon holds are still tightly under wraps, but some of the rewards to look forward to include a new Legendary armor set, Legendary weapons, an Exotic weapon and catalyst, and more.

The Season of the Haunted kicks off in Destiny 2 tomorrow (May 25th) and will run through August 23rd.