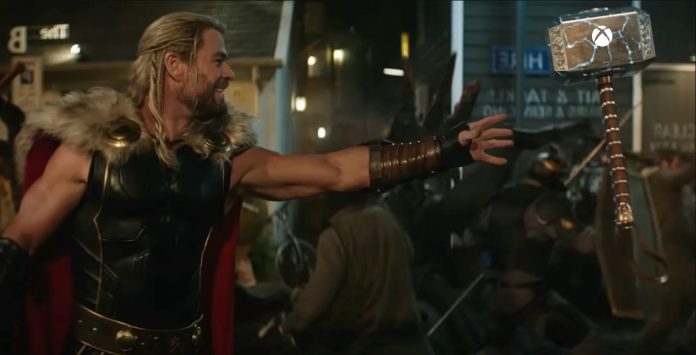 Xbox has always been great about collaborating with companies on custom controllers or systems for giveaways. We have seen some of the themed around candy, movies, and a whole list of different video games.

I have always been big about companies showing their fans that not only do they love them but that they are just as in love with gaming and geek culture as we are.

Now Xbox and Marvel are giving us all the chance to win their newest custom Xbox Series X that is directly themed around the reassembled Mjolnir! This custom system looks like it was ripped right out of the Marvel Cinematic Universe!

The main question though is how does one get their hands on this console? It’s simple really, all you have to do is follow the Xbox Twitter account and retweet this tweet below by July 21st!

The Xbox Series X is looking a little different after a bit of love and thunder.

Follow @Xbox and RT with #ThorLoveandThunderXboxSweepstakes for a chance to win this epic Mjolnir-themed Series X. Best of luck!