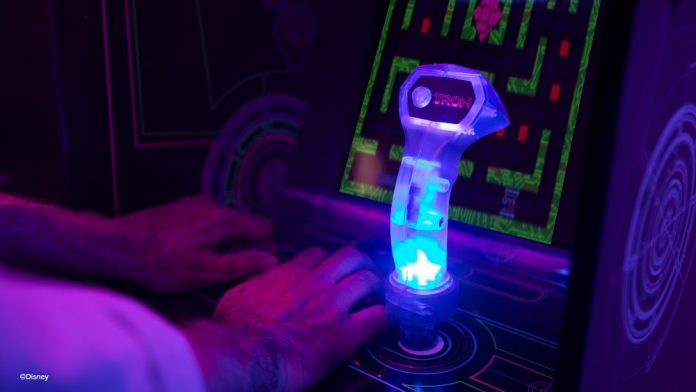 Arcade1Up showcased the lineup for the new (well, newly built) cabinets that will release this holiday season at New York Comic-Con today.

Gamers will be able to pre-order the TRON, Killer Instinct and Ridge Racer cabinets starting later this month.

TRON Arcade Game – Audiences were mesmerized in 1982 by Disney’s release of the film TRON, a groundbreaking fusion of live-action and computer animation, setting the special effects stage for decades to come. Video game players were equally drawn to the TRON arcade machines, widely considered one of the most beautiful designs ever. TRON is the home arcade machines for both movie and gamer buffs. Pre-orders begin October 19.

Ridge Racer Arcade Game – Let’s get you up to speed: originally released in 1993, Ridge Racer™ instantly kicked the racing genre into higher gear, with its revered graphics, gameplay and music. What’s under the hood? Inside this arcade machine is the marquee game Ridge Racer, and you’ve also got Ridge Racer 2, Rave Racer, Ace Driver, and Ace Driver: Victory Lap. Yep, all included, switch up your game any time! Pre-orders begin November 22.