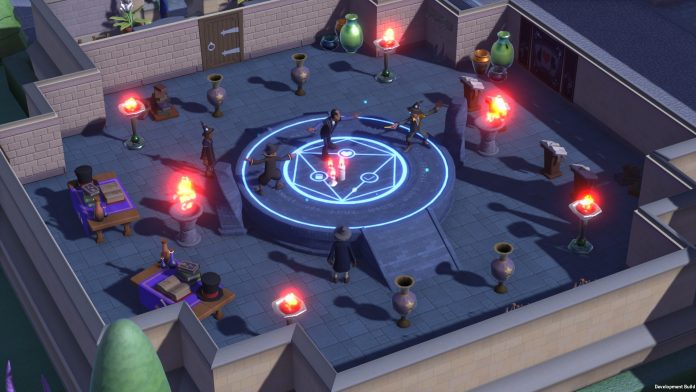 Just because we have to wait a little bit longer for Two Point Campus doesn’t mean they don’t have more awesome surprises in store for players. Today, they’ve announced the Wizardry Course that players can implement in the game. So you’ll be able to host your own school of witchcraft and wizardry without having to worry about any hateful Anti-Trans creator!

In Two Point Campus, you can don your pointy hat, lug your cauldron to class, join a totally legal magical battle club and more in the Wizardry course at Spiffinmoore!

In this short video from our course reveal series, you can check out a first glimpse of the Wizardry class, where students can brew mysterious potions in the apothecary, command a crystal ball to reveal their future, or maybe get a pumpkin for a head. Make sure that your students study properly and hone their skills in the Spellroom to compete in magical duels, and watch the sparks fly. The better your students do, the stronger their magic becomes. They’ll need it, too, what with the occasional ancient curse and nefarious enemy looming about.