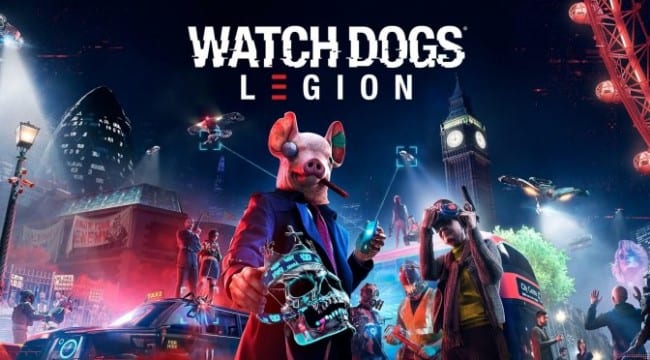 Ubisoft announced today that Watch Dogs: Legion players can play online and cooperatively with friends starting today on PlayStation and Xbox consoles in addition to Stadia.

In a note to players yesterday, developers said a game crashing issue was identified and the release date for the update on PC is up in the air until it is resolved.

A message from the Watch Dogs: Legion team about the Online Mode: pic.twitter.com/VVeaZ7v7yb

The free update for Watch Dogs: Legion hit PlayStation 5, Xbox Series X|S, PlayStation 4, Xbox One and Stadia today and includes a free-to-roam open world co-op mode where players can team up with up to four friends to explore London, participate in co-op missions and play against others in the PvP Spiderbot Arena.

The first co-op Tactical Op mission titled Leader of the Pack will release on March 23 with addition content continuing to release through free updates including additional PvP modes, co-op missions and more.

In addition to the co-op mode, Season Pass holders will get access to two new single player missions:

“In Watch Dogs: Legion, London is facing its downfall. Amidst the growing unrest of a restless London, an unknown entity named Zero-Day has framed secret underground resistance DedSec for coordinated bombings across London,” developers said. “In the aftermath, criminal opportunists from every corner of London took hold and filled the void left by a defeated government. As a member of DedSec, players will be going up against those criminal opportunists in Watch Dogs: Legion; sadists, mercenaries, cybercriminals, and more; they’ll have to be prepared for a variety of situations. Players must recruit members into their DedSec Resistance to take on these criminal opportunists, liberate London and uncover the identity of Zero-Day.”

You can read the full patch notes here.