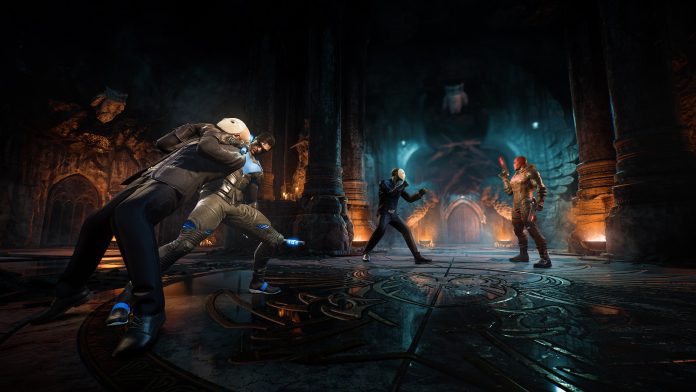 WB Games and DC have released a new gameplay launch trailer for their upcoming co-op Batman title, Gotham Knights. The game is set to release on October 21st and the latest trailer showcases high-octane gameplay to get fans pumped for all the action coming to our consoles and PCs soon.

I think Gotham Knights has a lot to live up to, with the huge success of the Batman: Arkham Knight series and the game being an online coop title, many things could go wrong at launch. I am glad to see something new coming from WB Games, but I have my reservations about the game and if it can still deliver the same quality story we received from previous Batman titles.

• Play as a New Guard of DC Super Heroes – Step into the roles of Batgirl, Nightwing, Red Hood, and Robin and shape
Gotham’s newest protector to create your version of the Dark Knight.

• Action-Packed, Original Story Set in DC’s Batman Universe – With the Belfry as their base of operations, this new era of
heroes will solve mysteries that connect the darkest chapters in Gotham’s history – from its soaring towers to its underground criminal network. Embark on rich storylines, including face-offs against some of the most infamous DC Super-Villains, such as Mr. Freeze, who is set on engulfing Gotham City in ice, and the mysterious Court of Owls, a secret
society made up of Gotham City’s wealthiest families.

• Explore and Fight Crime in an Open-World Gotham City – Patrol the dark streets of five distinct boroughs in a dynamic,
interactive Gotham using a variety of traversal abilities and heroic combat moves, as well as the iconic Batcycle. From street-level crimefighting to face-offs with iconic DC Super-Villains, save the city from descent into chaos.

• Team Up in Two-Player, Online Co-Op – Play Gotham Knights solo or team up with a friend and combine strengths to
protect Gotham City in a two-player, online co-op.